1. Who initiated the Bretton Woods conference?

2. Who invited Canada to send a delegation?

3. Did the Canadian delegation carry any instructions from the government, and if so, what were those instructions?

4. Who were the official members of the Canadian delegation to the Bretton Woods economic conference?

5. What was the position and considered qualifications of each one?

6. What are the names of all others who accompanied the delegation as advisers, clerks and any other occupation?

7. In what department of the government was each one employed?

8. What was the position and considered qualification of each?

9. What was the salary of each one employed?

10. What was the total cost to Canada of this conference?

1. The United Nations international monetary and financial conference which was held

at Bretton Woods from July 1 to July 22, 1944, was initiated by the government of the United States for the purpose of formulating definite proposals for an international monetary fund and a bank for reconstruction and development.

2. The invitation to the Canadian government came from the government of the United States.

3. Before the conference was actually held, an understanding was reached between the governments concerned that the delegates would not be required to hold plenipotentiary powers and that the proposals formulated at the conference would be referred to the respective governments for their acceptance or rejection. In the circumstances the Canadian delegation to the conference did not carry any formal instructions from the Canadian government. A statement of the Canadian position was contained in a speech by the Prime Minister on April 21, 1944, following a report of a committee of experts on the proposals to establish an international monetary fund.

4 and 5. Official members of the Canadian delegation were:

Mr. G. F. Towers, governor of the Bank of Canada;

Dr. W. A. Mackintosh, special assistant to the deputy minister of finance;

10. The only expenses incurred by the government were the travelling expenses of the various delegates. At this late date it

is only possible to give the total of these travelling expenses for the civil servants who attended this conference. These expenses were $2,229.16.

What was the amount of direct federal assistance paid or committed for in the fiscal year 1953 for (a) the coal mines of Canada; (b) the gold mines of Canada?

The above figures represent payments and commitments up to and including March 22, 1954.

How many bushels of grain were shipped through the ports of Churchill, Halifax and Saint John, respectively, during each of the years 1946 to 1953 inclusive?

1. How many prosecutions have been lodged in connection with alleged offences against the Export and Import Permits Act?

2. How many of the aforementioned prosecutions resulted in convictions?

3. What are the names of persons or companies so convicted?

4. What was the offence in each case and what penalty was imposed?

Percy Weissman-exporting tinplate to destination other than specified in permits- fined $1,025.

Joseph Finestone (first case)-exporting tinplate of quality other than specified in permit-fined $25.

Joseph Finestone (second case)-exporting tinplate to destination other than specified in permit-fined $125.

Sophy Segal, then carrying on business under the firm name and style of Canada Scrap Iron and Metal-exporting steel scrap in excess of permits-fined $600.

Colwood Accessories Limited-false information in export permit application; transferring a permit; allowing another person to use permit re nylon yarn-fined $1,750.

L. R. Shapiro, then carrying on business under the firm name and style of Lenex Corporation-allowing another person to use export permit re tinplate-fined $1,000.

Kent Steel Products Limited-allowing another person to use export permit re tinplate-fined $1,000.

Jacob Monster, then carrying on business under firm name and style of Wilmod Company-using another person's export permit re tinplate-fined $1,000.

Morris Gurvey, then carrying on business under firm name and style of M. Gurvey and Company-allowing another person to use his export permit re radio parts-fined $1,000.

Metropolitan Braids Limited-exporting nylon yarn without a permit and using another person's permit to export-fined $1,000.

2. What are the duties of a supervisory letter carrier?

5. Have any changes in respect of arrangements for annual leaves, as between supervisory letter carriers and letter carriers on regular walks been made at any time since February 1, 1954? If so, on what dates were such changes made, and what were the terms of such changes?

6. Has the Post Office Department received representations, at any time since February 1, 1954, from associations or organizations representing letter carriers, in respect of arrangements for annual leaves? 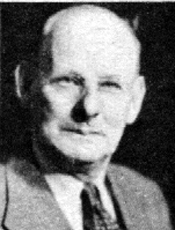 1. There is no fixed length of service. Positions are filled by promotion wherever practical.

2. To act as relief carriers in the case of sick leave, annual leave or any other type of leave. To act as rotation carriers in connection with the five-day 40-hour week. To check letter carrier walks. To assist in the training of inexperienced help and to perform such other related duties as may be required.

7. That selection of annual leave periods be on a basis of length of service irrespective of rank. This has been granted where the practical requirements permit as follows:

(a) If as many suitable supervisory letter carriers as are required, in each letter carrier delivery office, can be recruited without their being given priority for annual leave, this is to be done.

(b) In those centres where it is not possible to recruit the necessary number of suitable supervisory letter carriers without these employees being given priority for annual leave, then they are to be given this priority within the block of ten walks.