that the third report of the standing committee on standing orders, presented to the house on Friday, March 19, be now concurred in.

1. Have any investigations been conducted by the government during the months of February and March of this year into breaches of the customs regulations by incoming foreign ships to the port of Saint John?

2. If so, what ship or ships and registry were involved?

3. What were the results of the above investigations?

1. Yes, all ships arriving from foreign waters at the port of Saint John are searched and where there is any indication of breaches of the customs regulations, these breaches are fully investigated.

2. The names of innocent owners of vehicles or vessels used by their employees or others in the breach of customs regulations are not released by the department. Following the same practice, the names of ships abroad which customs infractions are committed by passengers, crew, or persons other than responsible ships' officers are not made public.

For the period February 1 to March 8 inclusive, 12 ships arriving from foreign waters had customs seizures effected aboard. These ships were of the following registry:

Registry No. of Seizures

3. Seizures made in the twelve instances reported resulted in the confiscation of 4,270 cigarettes, 373 bottles of liquor, 26 bottles of wine, | lb. tobacco. Two persons were prosecuted for infractions of the Customs Act; one was fined $200 and the other $50. One vessel was seized and released on deposit of $400 pending decision as to penalty to be applied, if any, to owner.

1. What is the grain handling capacity of (a) Pacific coast ports; (b) Port Arthur-Fort William?

2. At what percentage of capacity were grain handling facilities being operated at the above ports since August 1, 1953?

licensed storage capacity, which is the declared physical space, and the "effective

capacity", which means the peak usable storage space as estimated by the Canadian wheat board on the basis of maximum stocks, taking into consideration past records, multiplicity of grades, condition of grain and vessel loadings.

1. How many income tax offices are there in Canada?

2. How many are there in the four western provinces, and where is each located?

3. What was the total of income tax office salaries in Canada in 1952?

4. What was the total income tax collected in Canada in 1952?

1. The Department of National Revenue, taxation division, has 27 district taxation offices in addition to head office.

1. Who are the full time medical personnel of the pension commission?

2. Where are they located?

3. What is their salary?

4. Are any of these full time medical personnel permitted to engage in occupations supplementary to their duties on the pension commission? 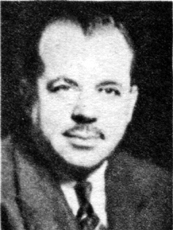