Mr. Speaker, may I be permitted to address a question to the Secretary of State for External Affairs. Has the minister's attention been drawn to an article appearing in the New York Times of January 1, 1954, bearing the caption "U.S. Soldier and Seaman recount Soviet Prison Terror"? Has the department checked the accuracy of this statement and, if so, would the minister care to comment?

Hon. L. B. Pearson (Secretary of Stale for External Affairs):

The hon. member for Cape Breton South was kind enough to give me notice of this question. I have seen the article to which he refers, and another press report about the same date which referred more specifically to a Group Captain Roy L. Linden, or Linder, of the Royal Canadian Air Force. In each case the reference is to a member of the Canadian armed forces. The Department of External Affairs therefore checked with the Department of National Defence when the story first appeared.

We were told that no member of the Canadian armed forces of similar rank or name to that mentioned in the press accounts has been listed as missing. However, the department is making further inquiries to see whether any light can be thrown on the report.

INQUIRY AS TO CONVENING OF SPECIAL SESSION

No decision has been taken with regard to this matter, but one will naturally be taken within the next few days. Before reaching a decision we have made some inquiries of the Indian government as to what they expect to be on the agenda at this session of the United Nations assembly that is being called, and we are also consulting with our friends with respect to this matter. We will be able to make a decision within a few days.

INQUIRY AS TO PROGRESS OF TREATY

ask the Minister of Trade and Commerce if he will give the house some report on the progress of the negotiations being carried on with Japan, looking toward a trade treaty, and if he will tell the house what instructions the Canadian representatives have received from the government, under which they are working.

All I can say is that the

negotiations are proceeding. The instructions given to our committee are to work out a trade treaty which will be advantageous to Canada. The work has been closely supervised. I can assure my hon. friend that as soon as the treaty is ready for signature it will be tabled in the house. I do not know that I can give any further information at this time.

Is there any indication as to when it is expected the treaty will be completed?

I think it will be perhaps the latter part of March. 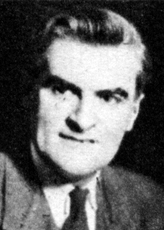 Mr. Speaker, I should like to ask a question of the Minister of Transport. Is the minister aware of the rising waters of the St. Lawrence river in the vicinity of Montreal, and

Inquiries of the Ministry also of a newscast over station CKAC at 6.30 p.m. on January 12, suggesting that the government icebreakers would not move above Sorel? This statement has caused considerable alarm in the city of Longueuil over possible damage to be caused by floods.

Would the Minister of Transport tell the house whether or not he is aware of the situation and, if so, what is being done by the Department of Transport to prevent flood damage at Longueuil?