VISIT TO HALIFAX BY MEMBERS OF PARLIAMENT

I should like to take this opportunity to inform the house of a visit made last week end by a group of hon. members to the province of Nova Scotia, as guests of the Halifax board of trade. Forty-seven members of this house, thirty-nine of whom were accompanied by their wives, took advantage of this kind invitation to see some of the outstanding points of interest in the vicinity of Halifax.

We arrived in Halifax on the evening of Friday, May 30, and were welcomed officially by Mayor R. A. Donahoe. The following morning was the beginning of a most interesting and busy day which included a visit to the Halifax shipyards where a delightful luncheon was served. The naval dockyard, a fish plant and the fisheries research station of the Department of Fisheries were of great interest to us, as was the two-hour tour of the harbour in the minesweeper H.M.C.S. New Liskeard.

On Saturday night we were the guests of the provincial government at a banquet held in the Nova Scotian hotel, with the lieutenant governor, the Hon. J. A. D. McCurdy, and Premier Angus Macdonald as our hosts. A reception was held after the dinner at the Ashburn golf club.

On Sunday morning we had the opportunity of attending the historic churches of Halifax and then we were graciously received by His Honour the Lieutenant Governor and Mrs. J. A. D. McCurdy at government house where luncheon was served and we were privileged to look through this stately residence.

On Sunday afternoon following a scenic tour through Chester and Lunenburg, we were treated to a real maritime lobster dinner by the town of Lunenburg, the Lunenburg board of trade and the United Maritime Fishermen Limited of Halifax.

many of us have all too little opportunity to know as well as we would like. The importance of Nova Scotia and the other maritime provinces to the rest of Canada cannot be exaggerated, and I wish, firstly, that more hon. members had been able to participate in this tour, and secondly, that we had had the time to see much more thar, was possible in this all-too-brief week end.

I am sure that I speak on behalf of all the members who participated, in extending the warmest thanks to Brigadier H. V. D. Laing, C.B.E., E.D., president of the Halifax board of trade, Mayor Donahoe of Halifax, and all those who contributed so much to making our visit interesting and enjoyable. Special thanks are also due to the hon. members for Halifax (Mr. Dickey and Mr. Balcom) for their share in making possible this visit to a most beautiful and, as we can all testify, a most hospitable province.

Topic:   VISIT TO HALIFAX BY MEMBERS OF PARLIAMENT
Permalink

I wish to lay before the house a report from the civil service commission in connection with a certain employee of the House of Commons.

To what countries did Polymer Corporation Limited ship products in the years 1949, 1950 and 1951, and what was the total amount in dollars to each country in each year?

In view of the fact that Polymer Corporation Limited is in commercial competition with other suppliers, it is not considered in the national interest to give information on sales to other countries.

1. Is the government building a dam on the Yukon river above Whitehorse? If so, for what purpose?

2. What is the estimated cost of such dam?

3. Did the British Yukon Navigation -Company at any time build a dam at, or in the same vicinity?

4. If so, was freight from Whitehorse to Dawson and Mayo then transported by river boats operated by the British Yukon Navigation Company?

5. Was the said dam used by said company to hold back water in the lakes above the dam to be released in the early summers and so lengthen the period of navigation on the Yukon river?

6. Is the bulk of freight now transported by road in the Yukon?

7. Is early navigation on the Yukon river still a

6. The road from Whitehorse to Dawson will not be completed for some time. Heavy freight and passenger traffic will require the maintenance of a satisfactory water route. 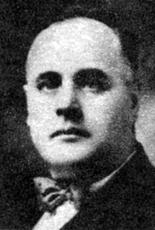 1. Have any instructions been given for drawing of plans for a new Canadian National station and freight shed at Edmundston, New Brunswick?

2. Is it the intention of the Canadian National Railways to build a new station and freight shed at Edmundston, New Brunswick?

1. Plans have not been prepared for a new station. Plans are in course of preparation for a new freight shed.

2. A new freight shed is to be constructed. The construction of a new station concurrently is not contemplated.

3. It is anticipated that construction of the new freight shed will be started late in 1952.

1. Is the new proposed building for the food and drug division of the Department of National Health and Welfare to be completely air-conditioned?

1. No; it is proposed to have only the animal wing air-conditioned.

2. The reason for not installing air-conditioning in the whole building is essentially one of economy. The department considers air-conditioning to be necessary in this climate only where the conditions of temperature and humidity significantly influence the results of experiments and the volume of space to be regulated is too large to be handled by

laboratory equipment such as small chambers in which temperature, humidity and air flow may be controlled.