I should like to lay on the table a summary of orders in council passed during the period April 1 to April 30, 1952. The last such summary for the period March 1 to March 31 was tabled on April 7.

a question on the order paper, which was answered during my absence by the Prime Minister, in regard to whether or not there were any orders in council concerning which there is no statutory provision that they must be published or tabled. Have there been any in that category, in addition to those the Prime Minister has tabled from time to time?

There are orders in council awarding contracts, and they are not published. They are administrative acts. After tenders have been called the tenders come before a committee of council, and an order in council is made awarding the contract to the lowest tenderer. But there is no distinction between orders in council concerning trade and commerce and those concerning defence production, and orders in council that come from other departments.

RESULTS OF NEGOTIATIONS BETWEEN UNITED

Mr. Speaker, I should like at this time to make a short statement on armistice negotiations in Korea. Members of the house will have seen that the communist negotiators at Panmunjom have turned down the proposal of General Ridgway, the United Nations commander in Korea, to solve the outstanding points of dispute in the Korean armistice negotiations. The proposal was, first, to exchange approximately 70,000 Korean and Chinese prisoners for the 12,000 Korean and United Nations personnel whom the communists state they are now holding as prisoners; secondly, to accept communist nominations of Poland and Czechoslovakia for membership on the neutral nations supervisory

commission in exchange for communist acceptance of the United Nations nominations of Sweden and Switzerland, and thirdly, to omit from the provisions of the armistice any reference to the reconstruction and rehabilitation of airfields. This offer was put forward as representing the utmost limits to which the United Nations command could go in making concessions and was intended to be considered as a whole rather than to be the subject of piecemeal bargaining.

Careful and individual examination of the approximately 132,000 prisoners held by the United Nations command has revealed that about 70,000 would accept repatriation. Sixty-two thousand have indicated that they would forcibly resist any United Nations effort to repatriate them.

I am sure hon. members will agree with me when I say that in the circumstances it is unthinkable that the United Nations forces in Korea should undertake the invidious task of forcing these men to return to communist rule. The United Nations command can obviously make no concession on this point other than to allow the communists to have the 62,000 men interviewed either by a neutral body or by joint Red Cross teams from both sides in order to satisfy themselves that these individuals have made their decisions of their own free will and not under compulsion. This the United Nations command has offered to allow, and in doing so has given a convincing demonstration of its good faith in the matter.

The United Nations command has also agreed that the armistice provisions will not make any reference to the reconstruction or rehabilitation of airfields but this was done only after considerable heart-searching. I think so important a concession is another proof ^positive of the genuineness of the desire for an armistice on the United Nations side.

of this offer that could have brought an end to the fighting in Korea on terms that would have been fair and would not have betrayed the principles of the United Nations charter which governed the original intervention. We must hope that the communists may even now reconsider their refusal. We must also hope that, notwithstanding this refusal, there will be no need for a resumption of full-scale hostilities. If such resumption should take place, with all its unforeseen consequences, the communists would have to accept full responsibility.

May I ask the minister two questions arising out of 'this statement? First, does it mean that the present negotiations are definitely broken off for the time being? Second, out of the 62,000 prisoners who have indicated that they do not want to go back behind the iron curtain, how many are Chinese and how many are North Koreans?

In answer to the first question of my hon. friend, as I understand it no action has been taken on the United Nations part to break off negotiations notwithstanding the refusal of the communists to accept this offer. I am sure we all hope that no such action will be taken or will be required.

In answer to the second question, I have not the figures at my command at the moment but I believe-this is subject to correction- that the great majority of the 62,000 are North Koreans.

That would seem to indicate that the iron curtain countries are not the paradise that some people here and elsewhere would have us believe.

It is rather convincing

1. What is the price of fuel oil and gasoline in Brandon. Winnipeg and Regina?

2. Is there any discrepancy in price of these products as between these cities?

3. As far as is known, price differences between cities are normal market differences. 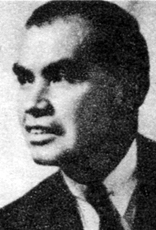 1. How many registered pharmacists in the province of Ontario have received benefits under the Unemployment Insurance Act, during the years (a) 1949; (b) 1950; (c) 1951?

2. How much money was paid out in benefits to registered pharmacists in the province of Ontario during the years 1949, 1950, 1951?

3. What professional groups other than registered pharmacists pay into unemployment insurance in the province of Ontario? 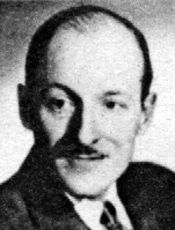 3. All members of professional groups employed under a contract of service, excepting (a) those in receipt of more than $4,800 a year; (b) private duty nurses; (c) teachers; (d) those employed by hospitals (not operated for gain) or toy charitable organizations, or in agriculture, horticulture, forestry, fishing, and hunting and trapping; (e) those employed toy municipal and federal governments and certified by those governments as permanent employees; (f) those employed by the provincial government of Ontario whom the province has not insured (provincial concurrence is required); (g) members of the armed forces, Royal Canadian Mounted Police, or any other police force.

1. How many times has the national advisory council on manpower met since its inception?

2. What has been the total cost of the council to date?

1. The national advisory council on manpower has met four times since its inception.

1. Has the Canadian government, either alone or jointly with the Canadian Red Cross Society, made any recent gifts of flour to the people of Greece?

2. If so, was such a gift shipment of flour sent to Greece aboard a ship called Ocean Navigator, on or about the eighth day of April, 1952?

3. Was it shipped through the port of Portland in the state of Maine?