Mr. H. B. McCulloch (Piciou) presented the first report of the standing committee on railways, canals and telegraph lines, and moved that the report be concurred in. Motion agreed to.

Mr. J. A. Bradette (Cochrane) presented the first report of the standing committee on external affairs and moved that the report be concurred in. Motion agreed to.

Mr. Speaker, I should like to reply to the question asked yesterday by the hon. member for Winnipeg North Centre (Mr. Knowles). The question, as reported at page 1078 of Hansard, was as follows:

Would the minister say whether the new 31 per cent interest rate on government annuities applies only to contracts taken out after April 1, 1952, or will it apply to moneys paid in after that date respecting contracts taken out during the period when the rate was 3 per cent?

Will the minister permit a supplementary question? When the government prepares the bill to amend the annuities act, will consideration be given to the point implicit in my question of yesterday, which the minister has just now placed on Hansard?

I will take notice of the question.

for leave to introduce Bill No. 172, to amend the Criminal Code and the Combines Investigation Act.

The purpose of the present bill is to prevent certain practices which have developed in Canadian sports, more especially in the field of hockey, practices which are generally admitted to be unfair to our youth and unworthy of a democracy. For instance, in so far as hockey is concerned, it should be an offence (a) to place on any hockey club negotiation lists the name of an amateur player without his consent or that of his parents, and (b) to try to prevent an amateur hockey player from offering his services to and playing with the professional club of his choice should he desire to become a professional player.

Do you think you will get across the blue line with that one? 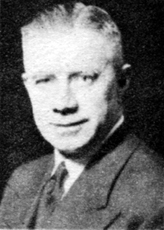 Does this pertain to curling?