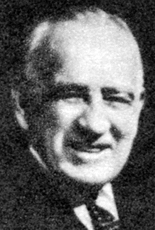 Mr. Speaker, I rise on a question of privilege. May I congratulate you, sir, and the members of the parliamentary committee upon the prompt action that has been taken in rescinding the increase in the price of tea and coffee and allowing it to remain at five cents. The numerous letters and phone calls I have received prompt me to take this action. I speak, too, on behalf of those hundreds who would like to shake your hand and to say, "Sir, we thank you."

Topic:   INCREASE IN PRICES IN CAFETERIA-TEA AND COFFEE TO REMAIN AT FORMER PRICE
Permalink

1. What is the total sum of money the government has paid to date in developing the F-86 Sabre and the CF-100 Canuck aircraft?

2. It is not in the public interest to disclose the delivery schedules.

1. Is parking space at T.C.A. airports leased to private operators who are permitted to charge a parking fee?

3. Are uniform fees charged at all airports?

It is presumed that the reference is to airports at which Trans-Canada Air Lines make regular scheduled stops.

Toronto, Ontario, (Malton) airport, is the only airport operated by this department at which there is, at present, an arrangement with a private operator for the operation of a car parking area.

Public tenders were called and eight applications received, that of Downtown Garages being the highest was accepted and a formal lease is being prepared. The terms are a basic rental of $4,800 per annum, payable $400 per month, plus 35 per cent of the gross revenue per month.

No stipulation is made as to what fees are to be charged by the operator. The charge at Toronto, at present, is 25 cents for eight hours.

1. Was an application made to the government by the Northumberland Ferries Limited for assistance to provide new equipment to meet the demands for greater ferry service between Wood Island, Prince Edward Island, and Caribou, Nova Scotia?

3. What action, if any, has been taken on this request?

4. Has any decision been arrived at and if so, of what nature?

5. Who has the authority in Canada for decisions on such applications?

1. Yes. An application was made to the Canadian maritime commission by the Northumberland Ferries Limited for an additional subsidy to purchase a new vessel for service between Wood Island and Caribou.

3. Application has been investigated and considered and the applicant has been informed that it is not considered advisable to undertake the construction of a new ferry vessel at this time.

5. Under the Canadian Maritime Commission Act, the commission is charged with the responsibility of recommending the payment of subsidies.

1. When opposition members of parliament are selected as delegates to the United Nations, who selects them?

2. What duties and responsibilities have they as delegates at the United Nations?

3. Do they serve on committees? If so, have they voice and vote?

4. Have opposition members of parliament the right to initiate discussions and formulate policy?

5. Are they obliged to make any kind of report to the government when they return from a United Nations meeting?

6. What remuneration do they receive by way of (a) per diem allowance; (b) living allowance; (c) transportation Allowance?

1. The government. At the time of the San Francisco conference it was decided that the Canadian delegation should be selected on an all-party basis. Accordingly, opposition members of parliament were appointed by the government, with the approval of the party leaders concerned, to serve in the capacity of delegates to the conference. In August, 1947, prior to the second session of the general assembly of the United Nations, the practice of designating opposition members as "delegates" was discontinued on the ground that it was unfair to place members of opposition parties in a position where they would appear to be acting as spokesmen for the government. From that time opposition members appointed to Canadian delegations have been designated as "parliamentary advisers" and have thus been absolved of any appearance of responsibility for the formulation or expression of Canadian policy. In accordance with this arrangement opposition members of parliament, selected by agreement with the party leaders concerned, have served as parliamentary advisers to the Canadian delegations to the second and fifth sessions of the general assembly in 1947 and 1950 respectively.

2. Their function is to observe the proceedings of the general assembly, to attend meetings of the Canadian delegation, and to convey to the chairman of the delegation such views as they may care to express on matters before the assembly.

3. They do not serve on committees and thus have no voice or vote.

4. They have the right to initiate and participate in informal discussions within the

Canadian delegation, but the responsibility for the formulation of policy rests with the government.

6. (a) Nil; (b) normal actual and reasonable hotel expenses, including meals; (c) first-class transportation to and from site of conference.

1. Since 1945, how many appeals have been made to the Canadian pension commission for revision of pensions?

2. Of these, how many have been granted?

3. How many pensions were raised?

4. How many pensions were lowered?

5. Were any pensions raised without appeal? If so, how many?

6. Were Any pensions lowered' without appeal? If so, how many?