ADDRESS TO HIS MAJESTY THE KING

Right Hon. L. S. St. Laurent (Prime Minisler): Mr. Speaker, I have a short statement to make that I feel confident will be welcomed by every member of this house. By 11.30 this morning the Minister of Justice (Mr. Garson) had received final agreement by all ten provincial governments as to the terms of the proposed amendment to the British North America Act respecting old age pensions. I have said on more than one occasion in the house that the government did not want to be responsible for any avoidable delays in dealing with this matter, and we have felt that hon. members would wish to have immediately the text of the address to His Majesty the King. Copies have been prepared in English and in French of the form of address which I am asking the Clerk to place on the order paper for Monday. The form is as follows: That a humble address be presented to His Majesty the King in the following words: To the King's Most Excellent Majesty: Most Gracious Sovereign: We, Your Majesty's most dutiful and loyal subjects, the Commons of Canada in parliament assembled, humbly approach Your Majesty, praying that you may graciously be pleased to cause a measure to be laid before the parliament of the United Kingdom to be expressed as follows: An act to amend the British North America Act 1867. Whereas the Senate and Commons of Canada in parliament assembled have submitted an address to His Majesty praying that His Majesty may graciously be pleased to cause a measure to be laid before the parliament of the United Kingdom for the enactment of the provisions hereinafter set forth: Be it therefore enacted by the King's Most Excellent Majesty, by and with the advice and consent of the Lords Spiritual and Temporal, and Commons, in this present parliament assembled, and by the authority of the same as follows: 1. The British North America Act, 1867, is amended by adding thereto, immediately after section ninety-four thereof, the following heading and section: ' "Old Age Pensions S4A. It is hereby declared that the parliament of Canada may from time to time make laws in relation to old age pensions in Canada, but no law made 80709-17H by the parlikment of Canada in relation to old age pensions shall affect the operation of any law, present or future, of a provincial legislature in relation to old age pensions." 2. This act may be cited as the British North America Act, 1951, and the British North America Acts, 1867 to 1949, and this act may be cited 19Mtll6r 3S America Acts, 1867 to There are copies available to be distributed to all hon. members so that they may see the exact wording of the amendment which has now been agreed upon with the ten provincial governments. As hon. members are aware, the business for the first three days of next week has been arranged by all parties, and the government would not wish to disturb that arrangement. In view, however, of the general feeling that this is a matter of urgency, I would be prepared to move the address as the first item of business on Monday, if hon. members felt that it could be disposed of without any protracted discussion, and would be willing to defer debate on this matter of old age pensions until we bring before parliament the legislation to implement the constitutional powers to be conferred by the amendment. I know that all hon. members would be glad to have an opportunity of expressing satisfaction with this demonstration of the harmonious relations now existing between the provincial governments and the federal government on matters of national interest. But that would take some time, and I think we all realize that it would be advisable to get this address over to London as quickly as possible, and to take no risks that any obstacle might prevent our dealing with this important subject at the present session of parliament. To do this may require us all to forgo an early opportunity of expressing our satisfaction in this regard; but if hon. mem-beis felt that the resolution for adoption of the address could be disposed of rapidly on Monday, without interfering substantially with the arrangement made to deal with external affairs, I should be glad to submit the resolution on that day. I am not saying this for the purpose of avoiding discussion, or anything of the kind; but if it is the general feeling that we should try to get the constitutional amendment as rapidly as possible, and have the debate when it might not have the same possible consequence with respect to delay, I should be glad if hon. gentlemen would consider this

Old Age Pensions address over the week end, and if the whips will let me know on Monday whether it is the desire that we dispose of it quickly on that day, I shall then be prepared to move it. But if there is any feeling that it would be preferable to have the debate at this time- the government does not wish to impose upon the house its views as to procedure-we shall be prepared to do what the whips may suggest to me on Monday, before we meet at three o'clock, as to the desire of hon. members in this regard. The address has to be adopted both in this house and in the other house. I am informed it is probable that it could be adopted in the other house on Tuesday. We would use the greatest possible dispatch in having it placed before His Majesty, and we would ask the high commissioner in London to use his best *efforts to have it dealt with as expeditiously as possible by the parliament of the United Kingdom. Our experience has been that addresses from the houses of the Canadian parliament have always received prompt attention over there. I shall be glad to discuss the matter with the' representatives of the various groups before three o'clock on Monday to see what the feeling is in that regard. If the text which has been agreed to now-it took quite a lot of correspondence to get that agreement __is acceptable to all members-as I hope it will, because it is designed to permit the implementing of the report of the joint committee of both houses of parliament in respect to this matter-it might be a sacrifice we could each of us make to defer for the moment any extended debate.

Mr. Speaker, I take it from the Prime Minister's remarks that there will be conferences over the week end with regard to the procedure on Monday. That will be very satisfactory to the official opposition. We have no desire to delay the passage of the amendments. I would ask the Prime Minister, however, whether he can tell us the position with regard to the other proposed amendment to the British North America Act. I refer of course to the provision under which the provincial governments would be given th'e power to levy a three per cent indirect sales tax.

There has been no agreement upon that as yet. The agreement was upon the text of the constitutional amendment with respect to old age pensions, and upon proceeding with it at once without waiting for agreement on the other matter.

Is this second proposal to be dropped, or is it the intention to proceed with it?

declared at the dominion-provincial conference that if the provinces were agreed that they wanted the other, the federal government would go along with them, and that is still the position.

I think, the announcement

made by the Prime Minister is very satisfactory to ail members of the house, and I hope that we shall be able to proceed with the address on Monday afternoon. After all, there is some uncertainty about the political situation in Great Britain, and should a general election intervene it might delay us in doing what we want to do in Canada; consequently the quicker this matter can be disposed of by this house the better it will be. So far as we are concerned we shall be glad indeed to co-operate in having this address adopted by the house as quickly as possible on Monday.

May I ask the Prime Minister a question, Mr. Speaker? Failing dissolution of the parliament at Westminster, is there reasonable assurance that if this address is passed by both houses here within the next few days the amendment can be made at Westminster in ample time for us to proceed with the legislation at this session?

Of course one cannot

anticipate the effect of unforeseen events, but at the present time there is no reason to apprehend that the amendment could not be adopted at Westminster in time to enable us to deal with the matter at this session.

That is the government's

It is the government's

intention to lose no time. We had received final agreement from all provinces by half past eleven this morning, and, as the hon. member can see, we have the address before us. 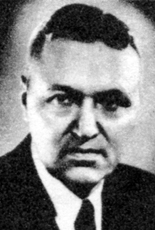 Mr. Speaker, I should like to direct a question to the Minister of Trade and Commerce. Can the minister state when an announcement will be made of the initial prices of wheat, oats and barley for the 1951 crop year?

Were you asleep yesterday?

enough to give notice of his question, and I am prepared to make a statement.

During the debate early this session on the bill to amend the Canadian Wheat Board Act, I made a full statement covering the developments in the board's marketing of this year's crop. I shall therefore confine my remarks now to the establishment of the initial payments for the 1951-52 crop year.

As for the principle on which the initial payments are based, I refer to my statement to the house on April 5 of last year, as follows:

In setting the initial payment, the government believes that it is bound to follow sound pooling practice, dictated by experience in pooling operations over the years.

Experience has shown that the only businesslike method of conducting such a pooling operation is to set the initial payment at a reasonably safe level that is well below the current level of selling prices. If sales permit, it is then desirable that an interim payment be made before seeding of the following crop and a final payment after the conclusion of the crop year. That is the policy which the Canadian wheat board is following at the present time-

Just before an election.

If the hon. member wishes to make a statement on wheat, perhaps he would let me finish first.