Mr. Speaker, in accordance with the request made yesterday I should like to make a short statement on Canada's contribution to the Colombo plan.

A little over a year ago the foreign ministers of the commonwealth countries met in Colombo, Ceylon, to consider many of the urgent political and economic problems then facing Asia. Out of their discussions a consultative committee on south and southeast Asia was created which was charged with examining economic problems of the area and preparing appropriate recommendations. This committee, which drew its original membership from seven countries, the United Kingdom, Australia, New Zealand, India, Pakistan, Ceylon and Canada, met in Sydney, Australia, last May and in London last September. Its most recent meeting in Colombo, Ceylon, ended yesterday.

The United States, with unanimous agreement of the seven original members, recently joined the consultative committee. In announcing his government's acceptance of this invitation, the Secretary of State in Washington said on January 24 of this year that it afforded his country the opportunity "for further co-operation with the countries of south and southeast Asia in their efforts toward economic and social development". Representatives of the following non-commonwealth countries also attended the recent meeting in Colombo: Burma, Cambodia, Viet Nam, Indonesia, the Philippines and Thailand.

During 1950, when the United States was continuing to carry such a heavy burden of foreign aid, it was, I think, appropriate that the commonwealth countries should examine together some of the pressing economic problems of south and southeast Asia. These were not new problems, but they were ones to which the free world had not previously given adequate attention. The commonwealth countries did good work, therefore, in bringing together in one report an analysis of the needs of the countries which comprise four-fifths of the area of south and southeast Asia.

Since the plan was drawn up, there have already been significant economic changes which are bound to affect its progress, at least in its initial stages. The burden of rearmament which the western countries have been forced to take on is having major economic consequences. The prices of many of the raw materials produced in south and southeast Asia have gone up sharply. This advantage to producers in the area has been offset to some extent by the rising cost of the goods which the Asian countries must import. Even more serious are the difficulties in obtaining delivery of critically needed goods. Most regrettable, there has been a serious falling off in India's food supply owing to drought in some regions, floods in others and locusts in still others. This has imposed a very real human and economic problem upon India.

The Colombo plan calls for a capital development program in commonwealth countries of south and southeast Asia totalling about $5 billion over a six-year period starting this year. Of this $5 billion it is expected that about $2 billion will be raised internally and about $3 billion will come from external sources. Private capital is one source, though in the present international situation it cannot be as important as it should be. We also hope that the international bank will be another source for financing some of the larger projects. So far as government contributions are concerned, the United Kingdom has announced that its contribution over the six-year period will take the form of sterling balance releases, at a high and fixed rate, grants for colonial development, and loans floated in London, amounting to well over 300 million pounds sterling, or more than 900 million Canadian dollars for the six years. Australia has announced that it will provide 7 million pounds sterling, which is nearly 21 million Canadian dollars in the first year, and that over the six-year period its contribution will be not less than 25 million pounds sterling, that is nearly 75 million Canadian dollars.

The Canadian government has been giving very serious consideration to the course of action which should be recommended to parliament. We have been conscious that Canadians, as individuals-and this has been clearly reflected in the press from one end

of the country to the other-wish to contribute to the success of this plan. This desire of the people of Canada to extend assistance has also been clearly shown in the debate on the speech from the throne. It was reflected by the remarks of the leader of the opposition (Mr. Drew) when he expressed his confidence that members of the house would support all practical measures which will bring hope and encouragement to those who are in such great distress in so many parts of the world. It was reflected also in the remarks of the hon. member for Rosetown-Biggar (Mr. Cold-well), when he called the Colombo plan the most imaginative ever adopted by the commonwealth countries.

The government therefore authorized Mr. David Johnson, our high commissioner in Pakistan and our delegate to the recent meeting of the consultative committee, to state that the Canadian government would ask parliament to appropriate $25 million as its contribution to the first year of the plan, provided it was clear that other contributing countries would be making appropriate contributions so that the broad objectives of the Colombo plan might be realized.

The United States representative at the Colombo meeting said that his government welcomed the initiative of the countries participating in the Colombo plan; that the plan itself appeared to offer a basis for genuine economic progress, and that the United States intended to co-ordinate to the greatest extent possible the program it had undertaken or might undertake in the area with those programs under the Colombo plan.

I should also inform the house that we are immediately opening discussions with the Indian government to see whether they would wish that some of the funds we provide this year under the Colombo plan should be spent on Canadian wheat for their famine-stricken country. As yet we do not know exactly what types of wheat, available in Canada, will be of use to India; nor, of course, do we know what next year's crop will be. However, it is our hope that some wheat may be provided to the government of India in connection with the plan. This wheat, I imagine, would be sold by the Indian government to the people of India under its rationing system, where possible, and the money so raised could then be devoted to capital developments. In the Colombo report it is clearly recognized, especially in the case of India, that imports of food as well as imports of capital goods may serve in attaining the objectives of the plan. At the same time that we open discussions

In conclusion, Mr. Speaker, perhaps I might read to the house the last sentence of the Colombo report, which summarizes so eloquently our hopes for the success of the Colombo plan:

In a world racked by schism and confusion it is doubtful whether free men can long afford to leave undeveloped and imprisoned in poverty the human resources of the countries of south and southeast Asia which could help so greatly, not only to restore the world's prosperity, but also to redress its confusion and enrich the lives of all men everywhere.

If I may ask the minister a short question, do I understand that our contribution is not contingent upon a substantial financial contribution by the United States?

Well, Mr. Speaker, I do not want to begin a discussion of this matter at this time. In reply to the hon. gentleman I would merely say that to carry out the original plan in its entirety, a contribution from the United States will be essential. The contribution we shall ask parliament to make is not in a sense conditional upon anything; but if the plan could not be carried out in its entirety, naturally we would have to re-examine the whole position.

May I ask the minister-

Order. The minister has stated that he will ask parliament to approve the contribution of this sum of money. In the circumstances I think questions should be withheld until that legislation is brought down.

INQUIRY AS TO REPORT OP RED RIVER DIKING BOARD 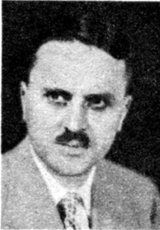 Mr. Speaker, since the orders of the day may not be called, with the consent of the house I would ask the Minister of Trade and Commerce when the report of the Red river valley diking board, outlining the works completed or to be completed in the Red river valley for the protection of that area, including Winnipeg and St. Boniface, which were flooded in the spring of 1950, will be tabled.

The report is now in the hands of the printer, and I hope it can be tabled within a week or two.

1. Has the government been consulted about the suspension of the sentences of nazi criminals as announced by United States authorities in Germany? If so, what was the government's attitude?

2. Can the government inform this house whether the suspension of the sentences imposed on nazi criminals is part of General Eisenhower's "Let bygones be bygones" policy, and was the government consulted prior to the general's formation of such policy?

1. Under the London agreement of March, 1945, the United Kingdom, United States, France, and the U.S.S.R. set up a special international military tribunal (which later sat at Nuremberg) to deal with major war crimes. The jurisdiction of the tribunal extended to cases where the apprehension and trial of the offender required international co-operation.

2. The creation of the special tribunal at Nuremberg did not affect the jurisdiction of national military courts over offences of a local character coming within the Red Cross conventions or within the normal military law

of the state or occupying power against whom the offence was perpetrated.

3. The courts of individual countries have no independent power to exercise clemency in the case of war criminals convicted by the international military tribunal at Nuremberg. Reduction or remission of sentences passed by that tribunal is a matter for quadri-partite decision. The United States has not taken any initiative in seeking a review of decisions of the international military tribunal.