If the minister would permit me to go back to item No. 17 for just a moment, I see that the number of veterinarians is somewhere near what it was before the war. I wonder if the minister knows how many graduates will be coming into the permanent service from the Ontario and Quebec veterinary colleges this year.

We expect about thirty new appointments this year.

To the permanent staff?

Could the minister tell

us when we may expect the time to be shortened between the application and the actual testing? At present it takes almost a year from the time the application is made until the herd is tested, and many of our farmers who have made application to have their herd accredited would like to have it done much sooner. Can the minister say when that position might be cleared up?

Well, a year seems quite a long time, but if it is that long it is because of what I just stated. We have difficulty in getting enough veterinarians to do all the work that has to be done, not only in districts but in the testing of accredited herds.

This is the item under which the minister said he would explain the steps that have been taken to control Newcastle disease on Vancouver island. I have had reports of new cases discovered as recently as June 6. I am particularly anxious to know not only what is being done, but whether the department has enough veterinarians in that district to control the disease, and also

whether tests have been made with the vaccines used in the United States, I believe with a considerable degree of success.

Is it possible to import, into British Columbia and use on the flocks there the vaccine which has been tried in Washington with success, as I am informed?

The department is satisfied that the vaccination which has been found successful in some areas south of the line no doubt will be utilized in this country at a later stage in fighting the disease, but it is felt that at present the most important thing is to slaughter the herds and get rid of them entirely, and also get rid of the eggs produced by the flocks. When the matter is fully under control the question of vaccination in order to prevent the disease from infecting flocks elsewhere may be considered, but at the present time it is felt advisable to go on with the slaughter of flocks, paying for those destroyed.

The vaccine cannot be imported now, I believe; is that right?

There are two vaccines, one known as dead vaccine and the other as live vaccine. It is not permitted to import the live vaccine from the United States, but the dead vaccine is produced here in our own laboratories. Up to the present time the importation of live vaccine has been prohibited because under those circumstances it does spread the disease. 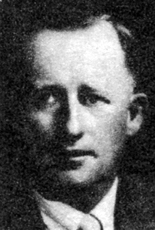 part of the country the provincial governments are attempting to control Bang's disease. Is the federal government giving any assistance, or is there any federal program to eliminate this disease or prevent it from spreading?

The federal government cooperates with the provinces. We provide the vaccine and the province applies it.

I wonder if the minister can tell us how many reactors there were among the cattle tested in Prince Edward Island?

I should like to refer back to item No. 17, and ask the minister if he would just answer one question with regard to efforts being made to combat shipping fever. This is a serious matter among farmers and many farmers hesitate to purchase cattle particularly from the west. I wonder if the minister would make a statement as to what is being done.

We supply the vaccine in Toronto and Winnipeg and the stockyards and the provincial governments supply the veterinaries to inoculate.