I knew I would get out of order if I kept on going. You know, this country means a great deal to a Canadian who had the high privilege of serving in the Canadian forces. I remember that in 1916 I had the opportunity to visit Paris, a beautiful town, one of the most beautiful in the world. At that time, however, I was not a member of parliament; I was not flown over there- 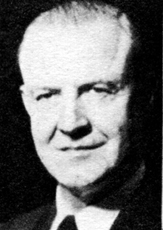 On a point or order, Mr. Speaker, I do not think this hour should be devoted to the meanderings of the hon. member for Fraser Valley (Mr. Cruickshank), who is not discussing the matter before the house.

Well, I do not know whether I am speaking on the point of order

>r whether I am speaking of the beauty of Paris. In the year 1916 I had the privilege of visiting that town. At that time I was sent to Paris at the expense, and through the generosity, of the Canadian people, but I was receiving $1.10 a day. I was not flown there while receiving $10,000 a year, as happened to some others. But I enjoyed Paris as well as the others, Mr. Speaker. I am simply emphasizing that, so long as we maintain unity within Canada and the great commonwealth, whether it be under the name of Canada day, Dominion day or Fraser Valley night, it makes little difference, provided we remain within the allied peoples of the world who believe in freedom and democracy. I can see no reason for endangering that unity by changing the name.

I had the privilege of visiting Quebec city, along with some of my junior colleagues, to attend the Canadian Legion convention. We attended a beautiful service on Sunday afternoon on the plains. The only thing to which I objected was that they walked us out there, instead of giving us a ride. It was all right for me, because I am in better physical condition than some of my junior British Columbia colleagues. I was quite proud during that visit-

Probably the junior members are used to flying around.

I do not know. It is bad enough, Mr. Speaker, to receive advice from the left and from the right, but when I receive it from the other side it makes it difficult.

I do not want to delay this vote, Mr. Speaker.

Why not go back to Paris.

Yes, I will, because it was as a representative of the great Dominion of Canada that my regiment, along with other regiments from the British empire, was there. I am proud to say that my regiment was commanded by a colonel from the city of Montreal-some people called him a French-Canadian, but I called him a Canadian. Almost every regiment within the British empire was represented, and we were reviewed by the President of France. It was a great honour and a privilege, Mr. Speaker. It was shortly after Vimy and the name "Canada" had won the respect of every citizen of France. As a matter of fact I have not the time to go into all the details, because I do not want to delay things. I will tell you how I happened to be there.

May I ask the hon. member where he finds the authority for calling this Canada the Dominion of Canada?

Well, I do not know; I have never had the privilege of being a former judge, so I am sorry to say I cannot give the legal definition. I will give you the definition that I learned when as a small boy I was taken to the first of July picnics by my mother. We did not have the picnics that you have today. We went in a hay wagon to a little country picnic, but it was on Dominion day, the first of July. I was brought up to believe that this country is equalled by no other. The legal status of Dominion day, I cannot give you.

There is support for Dominion day, but I asked the hon. gentleman his authority for calling this Canada the Dominion of Canada.

Again, Mr. Speaker, I must say that I have not the information to answer that question, nor the legal knowledge. Through you, Mr. Speaker, I do want to say to some members that one of the great things the Dominion of Canada has done is to provide us with one of the finest libraries in the world. It is available to every member. In addition to that the people of Canada, through their generosity-and apparently some members do not realize it-have provided us with a legal branch. If any hon. member's legal knowledge is limited, he can secure the desired information from the legal branch.

I was merely trying to help the hon. gentleman.

Order. I am sorry to interrupt the hon. member, but I must inform the house that the hour reserved for private and public bills has expired. The house will resume the business that was interrupted at six o'clock.

ANNUAL FINANCIAL STATEMENT OF THE MINISTER OF FINANCE 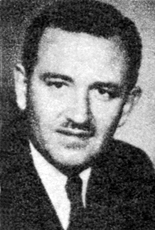 Mr. Speaker, at six o'clock I was in the course of being interrupted by one of His Majesty's loyal opposition, I believe

The Budget-Mr. Jeffery the member for Victoria, Ont., (Mr. Hodgson), who asked me about the rent paid for the new income tax building in London. I should like to inform the house, sir, that according to my recollection that building contains between

35,000 and 40,000 square feet of floor space. According to the information given to me by the member for Victoria, Ont., the rental is approximately $70,000. I ask the hon. member where, in any good-sized city, he can rent good space for less than $2.50 per foot. I defy him to have found, even at the time the contract was signed, space in a new building such as this, well lighted, for any lesser amount.

The member for Middlesex East (Mr. White) referred to a delegation that came to Ottawa about an agricultural building and arena which is being erected in London. I had the honour of being with that delegation when they interviewed the Minister of Agriculture (Mr. Gardiner). My impression from that interview was that the minister and his officials were open to persuasion with regard to a further contribution to this project. Where the hon. member for Middlesex East (Mr. White) got his press report I cannot figure out. I should like to know, because I cannot get the newspaper from London down here within forty-eight hours. Where he got it, I do not know, but I will say this. When that proposition started out the whole building was to cost $1,200,000. I was on a delegation that came down to get a donation from the Department of Agriculture, and we succeeded in getting a grant of $200,000 toward that building, which, as I say, was to cost $1,200,000.

I want to say, in fairness to the province of Ontario, that they duplicated the sum. We now have a proposition which is being built in the city of London, and which is to cost between $1,600,000 and $2 million. This delegation came down to see the Minister of Agriculture (Mr. Gardiner) to see if they could get help. They were told by the minister that if the province of Ontario would make recommendations to the federal government, to the Minister of Agriculture, they would give consideration to it. He did not promise money, but he said: "We will give

good consideration to the representations of the province of Ontario that there is necessity for more money to help this project."

In closing, Mr. Speaker, I wish to say that I,, have known the hon. member for Middlesex East for some years, and I respect his honesty and his sincerity, but I do think that he has been misinformed and perhaps misled by people outside this house in some of the information that he gave to the house today.

There is just one more thing that I should like to associate myself with, namely, the speech of the hop. member for Leeds (Mr. Fulford), who spoke of the difficulties that Canada is experiencing in her trade with the West Indies. I had representations from three large factories in my constituency. The owners of these factories say that their trade with the West Indies has been cut off entirely, and as a consequence their factories will be shut down from six weeks to four months during each year unless they can replace that trade somewhere else. I do urge this government to make strenuous representations to the government of Great Britain that they allow the West Indies to open their natural trade with Canada.

Topic:   THE BUDGET
Subtopic:   ANNUAL FINANCIAL STATEMENT OF THE MINISTER OF FINANCE
Permalink