I was paired with the hon. member for Melville (Mr. Gardiner). Had I voted, I would have voted against the motion.

I was paired with the hon. member for Medicine Hat (Mr. Wylie). Had I voted, I would have been more careful than I was in my vote the other night.

I was paired with the hon. member for Waterloo South (Mr. Homuth), If I had voted, I would have voted for the motion.

I was paired. Had I voted, I would have voted for the motion.

I was paired with the hon. member for Waterloo North (Mr. Breithaupt). Had I voted, I would have voted against the motion.

I was paired with the hon. member for Middlesex West (Mr. McCubbin). Had I voted I would have voted against the motion. 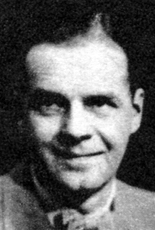 That, in the opinion of this house, the government should take into early consideration the advisability of increasing the expenditures under P.F.R.A. for the purpose of (a) the reclamation of agricultural lands wherever advisable; (b) removing families from unsuitable lands to suitable lands; (c) accelerating the construction already planned or under construction under present statutory authority, and to extend construction into areas not already affected.

He said: Mr. Speaker, this matter is not new to this house, and I am prepared to have the house consider the question without any further explanation unless the house desires it.

The federal government by means of special votes has already gone a long way in alleviating the various problems with which agriculture is faced, and the only purpose in introducing this resolution at this time is to get the consensus of this house regarding the consideration of these reclamation projects as a national policy. The problem is national in its scope, as will be brought out in the argument.

There is no doubt that as the years go by Canadians in every part of Canada are developing a national rather than, should we

say, a sectional outlook. Many of our underlying prejudices have been broken down and I am sure that as time passes our bonds of unity will strengthen.

No matter how rich we become in the development of oil, uranium, iron and the various other metals, the main bulk of our people will still be engaged in farming, and agriculture will continue to be the industry to which most of our people will devote most of their efforts and from which they will derive their living. It is a well known fact that when agriculture is prosperous there is a vast market for the products of our mines and factories right in our own country. When agriculture is not prosperous goods stack up on the merchants' shelves. The people employed in factories and distributing agencies are laid off and there is great hardship throughout the nation.

Science and technology have been employed to increase the productivity of industry. These same facilities have been used to increase the living standard of our farmers. There are certain phases though that the individual farmer cannot carry on by himself. He knows that this must be done by a public body, such as the government.

As agricultural lands opened up in this country, there was lots of good land for everybody. However, as we are growing and developing we are running out of good land that is easy to put into production. There is, however, lots of good land that could be prepared; and if as a nation we desire to put this land into production to make homes for more farm families-and I think it is very necessary that we do this-we must be prepared to make further use of science and technology to prepare the many more acres which are available.

Our farmers have always had problems of a localized nature and the usual way to meet them has been through local municipalities and departments of agriculture in provincial governments.

The first problem which faced agriculture, which can in any way be termed a national emergency, was the threat in the early thirties that all of western Canada would become a desert of drifting soil. It was absolutely beyond the resources of the provincial governments involved to face this problem, and the federal government with its greater resources stepped in. The situation was faced and the problem was solved.

The policy that was established to overcome the situation had several most important and far-reaching results, in our thinking both as to the solution of such problems and as to the actual increase in prosperity of farmers. Wind

Prairie Farm Rehabilitation erosion was cut to a minimum by improved tillage methods and the seeding to grass of large areas of land which could be termed submarginal. The resulting areas of pasture land produced put our beef cattle industry on a stable basis. The people were shown that in years when it was too dry for cereal crops the farmers' living could be augmented by having beef cattle to sell.

The development of the Prairie Farm Rehabilitation Act and the gradual increase in the ability of the engineers belonging to this department to cope with land-use problems lead to the work which has been carried on jointly by the federal government and the British Columbia government in matters of flood control and irrigation in that province. The province of Quebec has been very keenly aware of land-use problems, and has for many years been carrying on a program which can take second place to none. The province of Ontario has done-a good deal of work, and the maritime reclamation is going to result in quite large areas of land flooded by sea water at high tide being reclaimed and made available for agricultural purposes. All these various policies have been concerned with those three most important factors in an agricultural economy -land, people and water. In western Canada-it is a matter of getting more water to the-soil. In eastern Canada it is a matter of soil drainage and flood control. In British Columbia it is a mixture of both these things. In Ontario there is a further problem of soil fertility, and I presume as western Canada becomes older she will eventually also face the problem of soil fertility.

It may be felt by many people that we are already producing enough agricultural commodities to supply any possible markets we might have. This is probably true, but the farm is the only unit in our economy where a man and his family can produce a good proportion of the commodities he uses. His living is tied very closely to his home, and for this reason there is no limit to the number of people that Canada could accommodate if agricultural policy were such that people could produce a living on smaller areas of land.

Saskatchewan and Alberta, because of climatic conditions, cannot accommodate many more people than they already have because the production per acre of cereal crops is so small that to make an adequate-living one family must occupy a tremendous-number of acres.

Prairie Farm Rehabilitation that type of farming, and within the foreseeable future will not foe suitable for intensified mixed farming.

However, we are being shown by the irrigation projects already in operation in Alberta that as long as the water holds out in our major rivers there is no limit to the amount of land that can be put under irrigation, thereby bringing about that ideal farm unit where the mixed farmer can produce practically everything he needs.

It is the ambition of the Department of Agriculture to make further use of the South Saskatchewan river to make available half a million acres for small farm units, and by use of the Red Deer river in Alberta make available many more acres for small farm units. There are many other projects which could be carried on which would tend to do the same job for the people of Canada. The great advantage of this type of farming is that the farmer has pretty well an assured living, whereas with our great areas of wheat land the farmer may be a wealthy man one year and then a series of dry years can completely take his resources away and throw him on the-should we say-mercy of the government for his living within a short space of two or three years. These factors have impressed upon the Department of Agriculture, farmers themselves, people in business who realize the farmer must be kept at a high rate of income, and upon others, the necessity of implementing a national policy of using all the resources at our disposal to stabilize our vast agricultural industry.

I notice it is nearly six o'clock. I have many statistics here, but I would rather not use them until a later time when the debate is resumed.

Tomorrow we wish to proceed with four resolutions, the basis of bills we would like to have distributed. The order would be the following: First, the resolution concerning the amendment to the Canadian Wheat Board Act, 1935; second, the resolution to amend the National Research Council Act.

The Minister of Trade and Commerce (Mr. Howe) will be in the house until six o'clock. During the evening he has official duties to perform, and cannot be here. We hope therefore that these resolutions may be passed before six o'clock so that the bills may be introduced. The reason is that next week it is the intention to proceed with the budget debate, and for ten or fifteen days we would not have a chance to proceed with these resolutions.