That the name of Mr. Herridge be substituted for that of Mr. Argue on the standing committee on agriculture and colonization.

That the name of Mr. Noseworthy be substituted for that of Mr. Knowles on the joint committee on the printing of parliament, and that a message be sent to the Senate to inform Their Honours thereof.

THEFT OF NEEDLES FROM SHED AT REAR OF NATIONAL RESEARCH BUILDING

rise on a question of privilege. As the orders of the day will not likely be called today, can the Minister of Trade and Commerce give me an answer now to the question I asked yesterday in regard to radium needles and the handling thereof?

With your permission, Mr. Speaker, I shall be glad to do so. The statement is as follows:

For years radium needles have been sent to the national research council for calibration purposes. A specially constructed receiving depot was built at the back of the main building to hold shipments for a brief period. Before being taken into the main laboratory building these shipments are checked for undesirable contamination and leakages which would seriously affect supersensitive scientific instruments used for research purposes. Needles are calibrated and returned to the owner as soon as possible. The commodity is commercially valueless until accompanied by a certificate.

Since the question was asked, the radium needles referred to have all been recovered; but as this receiving depot has been forcibly entered and the radium needles and lead containers to the value of from $2,000 to $3,000 and other equipment stolen, the national research council, together with the Royal Canadian Mounted Police, are giving careful consideration to ways and means of improving protection against such vandalism.

An editorial in this morning's Citizen is based on an almost complete misunderstanding of the facts.

First, the suggestion that radium had carelessly found its way into garbage cans at the back of national research council property is nonsense. The receiving hut, which is substantially built, was forcibly broken into and the heavy lead containers with the needles in them, along with miscellaneous other tools and equipment, were stolen. As yet only the needles have been recovered.

The suggestion that radium to the value of $145,000 was in the hut and stolen is wrong by a large factor; the value of the radium needles was nearer $3,000.

The suggestion that the needles in small quantities are deadly is not correct, as these needles are prepared for treatment of people, and several are often inserted into one person. In quantity they would be a hazard and, if swallowed, would be dangerous. The reason we cannot take the needles directly into the main building is that it has been found some needles leak and in the past we have had trouble with contamination, not from the standpoint of any health hazard, but the presence of even small quantities of radioactivity in a scientific laboratory makes it impossible to carry on precise physical measurements.

On the other hand the incident proves that our receiving hut is not burglar-proof, and we are reviewing the situation with the R.C.M.P. who have general supervision over security matters.

Is it not true that there was just a pane of glass between the radium needles and the intruders, and that was all they had to break?

No; there was a pane of glass covered by a heavy grating. The building was constructed for this particular purpose. It is not a hut; it is a well-constructed building. Nevertheless it was broken into by persons unknown, and everything in it was pretty well looted. 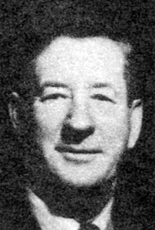 Mr. Speaker, on a question of privilege, I desire to inform this house that a team of curlers from the Kirkland Lake curling club journeyed to Vancouver and came back with the championship. We in northern Ontario are very proud of these men, as I believe everyone in Ontario should be, because we are still part of Ontario even though we are the most northerly part. I am particularly proud of these men, because I have known them since they were young lads.

Mr. Speaker, before we proceed with the next order I should like to move, seconded by the hon. member for Vancouver East (Mr. Mac-Innis), the adjournment of the house under standing order 31 for the purpose of discussing a definite matter of urgent public

National Defence Contracts importance, namely, the report that a group of Liberal members of parliament have met with the managing director of the Canadian Commercial Corporation for the purpose of discussing the placing of defence contracts on a patronage basis, together with the report that consideration will be given to reasonable demands for the distribution of some defence contracts where they may do the most good to party supporters.

I may say the last sentence is directly quoted from a dispatch coming from a well known correspondent in the press gallery and appearing in this morning's Montreal Gazette. I think the country would wish to have this matter discussed and cleared up at once.

The hon. member has moved the adjournment of the house in' order to discuss a definite matter of urgent public importance. The matter referred to is a report that a certain group of Liberal members of parliament have met with the managing director of the Canadian Commercial Corporation for the purpose of discussing the placing of defence contracts on a patronage basis, and so on.

This motion is moved under standing order 31, which reads:

(1) Leave to make a motion for the adjournment of the house (when made for the purpose of discussing a definite matter of urgent public importance) must be asked after the ordinary daily routine of business (standing order 15) has been concluded and before notices of motion or orders of the day are entered upon.

It seems to me the motion has been moved at the proper time.

(2) The member desiring to make such a motion rises in his place, asks leave to move the adjournment of the house for the purpose of discussing a definite matter of urgent public importance, and states the matter.

The hon. member has done that.

-who, if he thinks it in order and of urgent public importance-

I think I must determine now whether this is a matter of urgent public importance, taking into consideration the matters the house will have an opportunity to discuss from time to time. It seems to me this is a matter that can be discussed during the debate on the speech from the throne, which will be resumed in this house on Monday.

Before you make a definite ruling, Mr. Speaker, may I point out that so far as discussing this matter in the debate on the address is concerned, I should like to do so but I have exhausted my right to speak in that debate. In the second place, since very large amounts are being provided for

defence expenditures, I believe it is a matter of urgency that this question should be discussed before any further contracts are let.

The hon. member is right when he says he cannot speak on the amendment to the amendment, nor on the amendment itself; but I should point out that he will have an opportunity to speak on the main motion, since he has not done so already. Therefore in the debate on the speech from the throne the hon. member will have an opportunity to speak on this subject. I should also point out that I gathered from what the Prime Minister said the other day that he would endeavour to arrange the business of the house so that at least one day a week a motion for the house to go into committee of supply would be moved on a day when hon. members could discuss their grievances.

In view of what I have stated I do not think that under the rules of the house this is a motion I should put at this time.

This question having been raised, may I say that the hon. member for Winnipeg North Centre (Mr. Knowles) sent me notice of a question, which I received at five minutes to three, in the following terms:

Has the Prime Minister's attention been drawn to the report in this morning's Montreal Gazette concerning the appearance of the managing director of the Canadian Commercial Corporation before a group of Liberal M.P.'s a couple of days ago on the basis of which it is stated that there has been partial restoration of the party patronage system, with particular reference to defence contracts? Is this report true either in whole or in part?

I had not seen the report. Since the hon. member was kind enough to send me a copy of it, I have glanced over it. It is entitled, "Revolt reported in Liberal ranks aimed to restore party patronage," and was written by F. C. Mears, Gazette resident correspondent. It reads in part as follows:

Ottawa, March 9. A sixty-man revolt by Liberal members during the past week has produced a partial restoration of the party patronage system, it was learned today from several reliable sources, even though efforts have been made to keep both feet on the soft pedal.

I have never had any suggestion from any quarter whatever of there having been a revolt of sixty, or even of one member. My own impression is that the newspaperman must have been drawing very heavily upon his imagination, or must have been naively led up the path by what he calls "reliable sources."

Mr. Speaker, in view of the fact that the Prime Minister has reopened this discussion, I submit it would be appropriate to have the motion which was placed before you dealt with.