Is this a yearly appropriation which, if there is any balance left over, is carried over to another year? 1 notice the terminology used is, "Last Post fund". Is there a fund, and does it build up or fluctuate so that at the end of a year, if moneys are not spent, they revert to the treasury? If they do not revert to the treasury how much is in the fund now?

The unexpended portion reverts to the treasury each year so that the moneys for each year are revoted.

In a word, I should like to refer the committee to the excellent work done by private citizens across Canada who function without pay, without even their expenses being paid, as committees on behalf of the Last Post fund. I cannot speak too highly of them. There is a great deal more in looking after this matter in various sections of our country than appears on the surface. The committee which has functioned and is continuing to function under Mr. Norman Holland, which is national in scope with provincial and district subcommittees, is doing an excellent job. While this amount may appear small for each individual funeral, nevertheless there are activities and services given to the deceased veteran which do not appear in the dollar signs in these estimates.

I would join with the minister in these remarks and I would not criticize at all. In fact, I want to compliment the department on the work they are doing because occasionally, you know, I do have to bury people-and I should like to bury a lot more than I do, that is, politically.

I have found that there is a considerable appreciation among many people of the work done under this fund. I should like to ask one other question. It does not come under this item but I cannot help that, Mr. Chairman, because it does not come under any other item. In that I am like my friend the hon. member for Red Deer. There is a movement on foot, and I think all hon. members have received letters requesting that something should be done to assist the next of kin to visit the graves of their loved ones in war-stricken areas. I asked a question the other day in that respect, and I have forgotten who the appropriate minister was who answered it. The answer was that the government was not doing anything. I can quite understand that they cannot do anything at the moment. The answer also said that the Canadian Legion were thinking of some pilgrimage over to Europe for that purpose. Of course that does not fulfil the desires of many mothers, shall we say, who would like the

Supply-Veterans Affairs opportunity of visiting the graves of their sons, because mostly they just cannot afford to go there. I understand that this movement is gaining some momentum in the United States. I do not want any definite answer from the minister because I know that nothing is being done. We shall leave the question over. I suggest that the minister take that angle into consideration if it is at all possible. Perhaps there will be some development as time goes on.

years after the first great war there was a strong desire to revisit battlefields and the graves in Europe. Prior to 1936 the Canadian Legion, in co-operation with all the other veterans organizations, organized what became known as the Vimy pilgrimage. It was conducted entirely by the veterans organizations, and those who went on the pilgrimage themselves, by advanced planning, by working out the scheme with the so-called pilgrims, could pay their fees in advance into a central fund. Some six thousand went across the Atlantic in five ships and unveiled the Vimy memorial and visited the graves in France. That was a great undertaking. It was an undertaking that gave the greatest satisfaction to those who organized it and to those who took part in it. As I say, it was conducted entirely as an undertaking of the veterans organizations themselves and those who took part in it. Recently there have been indications of something of a similar interest. I have had a good many letters, as all hon. members have. The last world war was different. Instead of our casualties being concentrated in one general area they are all over the world. There are many of course without any known graves. I do not feel, at this particular time at any rate, that it is the role of my department to initiate any activities in that regard, particularly since the matter has again been discussed by the veterans organizations, and the president of one of them not so long ago made an announcement that they were attempting a study, as I answered the hon. member the other day, of piecemeal pilgrimages here and there, not on a wholesale scale as before, but in smaller bodies. I am quite sure that inquiries referred to the Legion would receive their attention, and in due course they might be able to do something about it.

As far as the United States is concerned, it has not yet passed any legislation on the matter. As a matter of fact the greater number of their dead have been or are to be moved, as I understand it, back for reburial in the United States.

I should like to refer to a matter which the hon. member for Vancouver-Quadra brought up this afternoon and which quite properly comes under this item. We shall make some arrangements so that in the event of the funeral of a veteran under the Last Post fund, if he dies in hospital, the information will be made available. If it can be done in other deaths we shall attempt to let his old associates or his friends know about it.

Thank you very much. 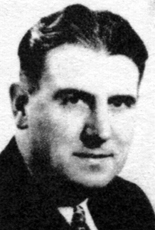 Can the minister tell me how this grant is given out? Is it a single grant to the federal command, or is it distributed to the smaller branches?

Back about 1930 the department of that day, working in close co-operation on matters of service with the Canadian Legion, recognized that the service bureaux of that organization-the bureau here at dominion headquarters, and other service bureaux with paid secretariat throughout the provinces- were in reality, in the opinion of the department, doing useful work in connection with assembling information and evidence on pensions, and accepting a number of difficult tasks. It was arranged therefore at that time that the department would pay for assistance in maintaining such bureaux an amount of $10,000 in the beginning-and during the depression it went down to $9,000, with the understanding that the Canadian Legion would spend an equal amount for the service bureaux' work. Following it through in recent years they have spent more than three times as much as this amount each year in that work.

Item agreed to. 544. Special grant to the Canadian legion toward the cost of the annual convention of the British Empire Service League to be held in Canada in September, 1949, $10,000.

Even though this item may pass automatically, I should like to say a word about it. Last spring it was indicated to the Prime Minister and myself that this year there was to be held in Ottawa the biennial conference of the British Empire Service League. It had been held only once before in Canada, and in the intervening years, up to the last war, had been held in London, Australia, and so on. As it was held at other capitals within the British commonwealth it had become the custom of governments of those countries to act to some degree as host to the delegates coming from all parts of the empire and commonwealth.

This year, coming to Ottawa, most of them from soft-currency countries, it was considered that this amount should be placed in the estimates to assist in travelling expenses within Canada, and in entertainment here. I am sure those hon. members who saw them lined up in the balcony, representing some twenty-three different countries of the commonwealth, must have felt that it was a rather important occasion, and perhaps worthy of this expenditure.

Mr. Chairman, I think we have done rather well today. There are many answers which I am sure the minister is anxious to give with respect to the Veterans Land Act. I wonder if we might call it eleven o'clock.

What will be the business for Tuesday?

Is this for all next week?

For Tuesday. It is understood that from eight to nine o'clock the house will consider public and private bills.

At eleven o'clock the house adjourned, without question put, pursuant to standing order, until Tuesday, October 11. [The following items were passed in committee of supply]: