Mr. Speaker, I wish to make certain announcements that will be of interest to Canadian producers of oilseeds.

During the current crop year, 1947-48, the Canadian wheat board is buying flaxseed at a price of $5 per bushel basis the top grade of both eastern and western flaxseed at Montreal and Fort William-Port Arthur respectively. There is a ceiling price at this same level which fixes the price to Canadian crushers on domestic supplies. Any surplus over domestic requirements of seed and oil is available for export. Existing trading methods require the use of this surplus seed and oil in arrangements with the other countries so that Canada may secure supplies of other essential oils. Under present regulations, the producers who delivered flaxseed to the Canadian wheat board are entitled to participate in any net profits that may arise. It has become apparent, however, that this participation cannot be a clear-cut, commercial proposition when so many arrangements between countries are involved and the government has decided to calculate and pay out to producers the participation that would have been involved on a fair and reasonable basis. This action has the double effect of settling the producers' interest in the flax and freeing government agencies to use the surplus seed and oil in arrangements for other essential oils necessary to the whole Canadian economy. The government has therefore accepted the recommendation of the Canadian wheat board and will authorize that body to pay a fixed and final payment of fifty cents per bushel to those producers who have delivered or will deliver commercial flaxseed to dealers acting as agents of the board during the crop year 1947-48. This payment will involve distribution of about six million dollars to Canadian producers.

An announcement with respect to the handling and marketing arrangements for flax covering the crop year 1948-49 will be made at the earliest possible date.

With regard to rapeseed and sunflower seed, it is also the intention of the government to authorize the Canadian wheat board to buy these oilseeds in 1948-49 on the same basis as in 1947-48, namely, at six cents per pound basis the top grade of each, f.o.b. shipping points named by the board. 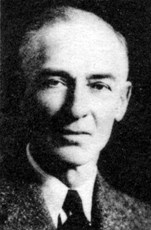 Do I understand the

announcement just made is in answer to the question I asked yesterday with regard to flax? 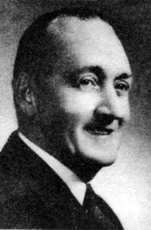 That is that "flaxible" control.

AGREEMENTS WITH RESPECT TO BEEF, BACON, CHEESE AND EGGS-REQUEST FOR TABLING OF COPIES

I wish to direct a question to the Minister of Agriculture (Mr. Gardiner). Will he table copies of the recent agreements concluded with the United Kingdom with respect to beef, bacon, cheese and eggs?

I shall be pleased to table copies of the agreements made between Canada and the United Kingdom with respect to the products that have just been named.

CORRESPONDENCE BETWEEN HIS MAJESTY AND THE PRIME MINISTER

Mr. Speaker, I wish to direct a question to the right hon. the Secretary of State for External Affairs (Mr. St. Laurent). In its issues of February 7, 9 and 11, 1948, a Montreal newspaper, Le Devoir, informs the Canadian public that, after a personal request had been made by His Majesty the King to the

Canadian government, changes have recently been made in connection with the signing-

I regret to interrupt the hon. member, but I must remind him that when an hon. member puts a question, he should not give information to the house, but merely state his question.

My question, of which I have sent a copy to the right hon. the Secretary of State for External Affairs is this: Have any changes been made in connection with the signing of our diplomatic representatives' credentials? If so, what are they?

Right Hon. L. S. ST. LAURENT (Secretary of State for External Affairs): The hon. member refers to three articles published in the newspaper Le Devoir on February 7, 9 and 11 and one said to have been published in the Chicago Daily Tribune on February 10 with regard to the effect of the letters patent constituting the office of governor general of Canada, which became effective on October 1, 1947, and he asks for an explanation in connection with the statements contained in those articles.

I received the hon. member's notice just three or four minutes before coming into the house, and I must confess that I had not read these articles. I have now obtained the articles and will give them careful consideration, but in the meantime I think it would be of interest, in view of the fact that the question has been raised, to place on Hansard the explanation which was given by the Prime Minister in a press release of October 1, 1947, dealing with the subject. I will then carefully consider the articles in question and see if there is any difference between what they contain and what was contained in the official statement; and if explanations are to be given as to differences I shall be glad to give them. The press release by the Prime Minister was as follows:

The Prime Minister, Mr. Mackenzie King, announced today that new letters patent governing the office and appointment of the Governor General of Canada had been signed by His Majesty the King on September 8, 1947, and countersigned by the Prime Minister of Canada. The new letters patent (the principal document relating to the office of governor general) come into force on October 1, 1947, and will supersede on that date the existing letters patent of 1931 (as amended in 1935) and the royal instructions of 1931.

2. The royal documents relating to the office of governor general had not undergone a careful revision since 1931. The Canadian government accordingly recommended to His Majesty the issuance of new letters patent consolidating the former documents and bringing them up to date.

3. Apart from textual alterations designed to bring the new letters patent into line with constitutional developments and practices in Canada and within the commonwealth, the principal alterations may be summarized as follows:

(a) By the introductory words of clause 2 of the new letters patent, the governor general is authorized to exercise, on the advice of Canadian ministers, all of His Majesty's powers and authorities in respect of Canada. This does not limit the king's prerogatives. Nor does it necessitate any change in the present practice under which certain matters are submitted by the Canadian government to the king personally. However, when the new letters patent come into force, it will be legally possible for the governor general, on the advice of Canadian ministers, to exercise any of the powers and authorities of the crown in respect of Canada, without the necessity of a submission being made to His Majesty. (The new powers and authorities conferred by this general clause include, among others, royal full powers for the signing of treaties, ratifications of treaties, and the issuance of letters of credence for ambassadors). There will be no legal necessity to alter existing practices. However, the government of Canada will be in a position to determine, in any prerogative matter affecting Canada. whether the submission should go to His Majesty or to the governor general.

4. No new commission of appointment will be issued to Viscount Alexander, the former letters patent having been revoked "without prejudice to anything having been done lawfully thereunder." Moreover, Viscount Alexander's present commission is a continuing one expressed to be subject to the existing letters patent "or any other substituted for the same."

5. An appropriate proclamation will, as required by clause XVI of the new letters patent, be published today in the Canada Gaxette.

6. Annexed to this statement is a copy of the new letters patent, with appendices giving the text of the documents in force prior to October 1, 1947.

That is the complete statement, and I will now table a copy of the letters patent and other documents referred to. As I said before, I will examine these articles to see whether they purport to make any statement of fact that would not be in conformity with the official press release, and give a further answer after I have made that examination. 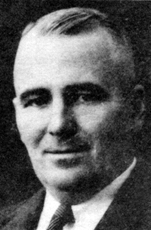 I wish to direct a question to the Minister of Trade and Commerce, a copy of which I have already forwarded to him. Has the question of the importation into Canada of New Zealand or Australian butter been discussed by

any officials on behalf of the government with any officials representing New Zealand, Australia or the United Kingdom, and if so what decision has been reached?

Anticipating a possible temporary shortage of butter in April the government communicated with Australia and New Zealand to inquire whether butter would be available from either source in the event it is required. The replies indicated that there is still a strong requirement for Australian and New Zealand butter for the United Kingdom. Therefore the government has dropped the proposal for obtaining butter from those sources.