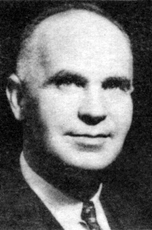 1. Have arrangements been made by the government to bring electrical engineers from the United Kingdom to Canada to serve with the Royal Canadian Navy, or in any capacity with the Department of National Defence for Naval Affairs?

2. If so, how many engineers are being brought to Canada?

3. What are their names, and what are the special qualifications of each such person?

4. What salary is each such person to be paid?

5. Have any other commitments been made to them or any other inducements held out to them to get them to come to Canada?

6. If so, what commitments Or inducements?

7. What, in detail, are the duties which each such person is to perform?

8. Prior to such arrangements being made, was any attempt made to recruit qualified Canadian engineers for such positions?

9. If so, what method of recruitment was adopted and what inducements by way of salary, or otherwise were held out?

10. Why were Canadian engineers not secured for such positions?

11. Was consideration given to sending Canadian engineers to the United Kingdom to secure any additional training required?

1. How many deserters among those who served for some time at the front are now incarcerated (a) in prisons or detention camps overseas; (b) in federal prisons in Canada?

2. Will executive clemency be extended to them immediately and a pardon given, and will they be brought home by the government?

3. Will the same clemency be extended at once to those overseas who risked their lives, as volunteers, as has been given to desertei's and draft, evaders within Canada?

II. During each of the years 1930 to 1944, both years inclusive, what was the amount of (a) principal (annual payments); (b) interest due the Soldier Settlement Board by settlers holding contracts?

2. During the same period, what amount was paid each year by such settlers?

3. What was the cost of administration of the Soldier Settlement Board for each of the above years?

4. During each of the above years how many settlers (a) signed quit claim deeds; (b) were served with thirty day notices to vacate their farms?

For a copy of the record of proceedings of the court of inquiry convened on or about April 22, 1943, to investigate the claim of Mr. Nick Charena, against the Department of National Eefenee, with respect to an injury received while working at a Royal Canadian Army Service Corps Depot.

The hon. member has agreed to drop this motion.

On the basis of the department looking into the case.

I asked the Minister of Labour on Saturday if the controller had made any effort to get-in touch with the parties to the steel dispute, and I should like to repeat that question now. I should also like to ask the minister if he will give consideration to having the deputy minister of his department act as special commissioner, since there is no other commissioner conciliating in the dispute at the moment.

On Saturday I gave an open invitation to both sides, combined with the 63260-337

amendment to the order, at least to get in touch with my department or myself in an effort to bring about some degree of conciliation in this dispute. I have read some of the speeches that have been made over the weekend and I am frank to admit, Mr. Speaker, I did not get much encouragement from them. I am prepared to lend every effort in settling this dispute if there is any degree of sympathetic consideration by either side.

As to my hon. friend's other point about the deputy minister of labour, we have had two or three commissioners in this dispute already. I think it can fairly be said that I run a reasonably large organization which faces difficulties and complications, and the steel dispute is not the only dispute that is in progress at the moment. I want to tell my hon. friend frankly that I cannot have my senior officials running all over Canada trying to settle industrial disputes, because I have an organization stretching from the Atlantic to the Pacific that has been set up to deal with just such matters. If my hon. friend has any contact with either side to the dispute I should be very glad if he would call them up and tell them, "For goodness' sake quit making silly speeches," such as I read in the press over the week-end. This dispute, like the rain, must come to an end some time. It always stops raining. But you cannot settle any dispute unless there is a willingness to sit down and settle it.