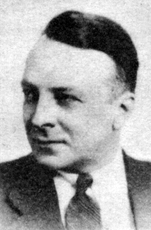 I am not one of those who

think that the province of Quebec should entrench itself within the walls of an absolute irredentism and be adamant on questions of details as on questions of legal principles.

Is it not true that we could better show the present situation in its proper perspective by reviewing the bargainings which preceded confederation? It can not be said that Quebec is a province like the others and has no more rights than those which were granted

to the other provinces of Canada. At the time of confederation, Quebec was dealing as an equal with the other provinces and was representing a nationality more than a territorial entity. It was a compromise between two races rather than an exclusively legislative arrangement. To-day our compatriots seem to persist in this reasoning which might be expressed in the following words: You want to amend the constitution in a way that might or might not be advantageous to us, but the precedent you are creating will mean that there is no limitation in the constitution, and that you could always amend it without our assent.

We. are concerned and worried about the rights that have been conferred on us and for which Cartier had to fight unceasingly; as long as no *written guarantee excluding any possibility of amendment is given us that our rights shall forever be safeguarded as regards religion, language, customs and culture, and administration based on our financial, economic and cultural requirements as a race, we shall have to resist any proposed amendment to our constitution, because once we are headed along that path no one can tell when we shall stop. Could we not make the following suggestion: Consult us officially or otherwise, but consult us; you will obtain our approval upon whatever course is likely to help this country, but consult us, because we are one of the parties to the pact; we signed it honestly and generously. Be as honest and generous in requesting our consent to the amendments you are seeking.

To my mind, no political matter is involved in the proposition now before us and I dismiss the political angle altogether; it is rather a recurrence of the old problem of the right which the provinces who were parties to the pact have to concur in the constitutional amendment which is proposed.

There may be an immediate political advantage in the measure now contemplated, and this advantage will remain, provided our birth rate is maintained and provided we are not at some future time overwhelmed by a tide of immigration into our midst. However, should we countenance the precedent alas already established, that the British North America Act may be amended without the consent of the contracting parties, who knows but that some day a hostile group or government will not avail itself of the precedents which we have established, and change the compact to our detriment?

For, after all, there is no provision in the . British North America Act to protect us against this movement of hostility. The act makes no difference between purely administrative matters and others that we consider essential to our free development. Therefore let us at once take a definite stand. Let us say to our English-speaking fellow-citizens: Give us the solemn and written

assurance that you will not prevent the expansion of French-speaking Canadians throughout the countiy; steep yourselves in the spirit which guided the fathers of confederation, and all will be well. You wish us to preserve national unity? We are ready and willing to do so; but please respect the spirit of the confederation compact. We are your loyal partners, but never forget that a partnership cannot endure or prosper unless its members preserve harmony and frankly and openly cooperate in the success of the undertaking. In conclusion, may I point out that last night in this house, the right hon. Minister of Justice, after admitting that from the legal point of view, section 133 of the British North America Act, bearing on the rights of the French language, could be settled-"dealt with" is used in the English text-without the consent of the provincial legislatures, spoke most eloquently of the intrinsic guarantees of human conscience. If we could forever be assured that the conscience of humanity would always remain as fair as that of the hon. members of this house, if we could, without fear, take it for granted that this same human conscience would always be guided by the uprightness and integrity which are the characteristics of our present leaders and particularly of the right hon. Minister of Justice, we might feel entirely secure in depending on it.

Unfortunately, the annals of history afford us too little assurance in that respect and record too many capricious and sudden changes of front in this same human conscience. To its eternal shame, the conscience of humanity, too often stirred up by agitators devoid of all sense of remorse or honour, opened the lengthy history of Christianity by crucifying Christ, martyrizing its apostles and disciples, and burning Joan of Arc at the stake; in modern times, it has begotten two world wars and may be sowing the seeds of a third.

Ask Poland, the small Balkan states, the masses of India and China, and the famished populations of Europe what they think of the conscience of humanity. And in our own country, what did it achieve under the guidance of certain leaders? It tolerated the hanging of the leaders of the rebellion of 1837 at Pied-du-Courant, in Montreal; it saw the exile of our present prime minister's grandfather who wanted to establish responsible government; it witnessed the hanging of Louis

Riel; the shameful trial of Honore Mercier, the violation of the spirit of confederation in the settlement of the school question in Manitoba, the infamous rule 17 of Ontario school laws, the acts of the Anderson government in Saskatchewan and the staccato of machine guns in the streets of Quebec in 1917.

Considering all these facts, and speaking strictly for myself under my responsibility as a private member, and because I belong to the French-Canadian minority, I prefer the security and the guarantee of a statute held as sacred, to the goodwill of the future generations who will come after us in this house and to the human conscience which might inspire their acts.

There is an amendment before the house, and I do not have to look for its motives; it calls for previous consultation with the provinces; it represents my opinion on this point, and I will support it.

In the few minutes remaining before six o'clock I should like to refer briefly to the remarks made on redistribution by the Minister of Agriculture (Mr. Gardiner) on Thursday, June 13, at page 2473 of Hansard. In this speech the minister replied to certain statements made by the hon. member for Cumberland (Mr. Black) and dealt at some length with conditions in the maritime provinces. In many respects his statements about the maritimes were correct, and I know the minister had no intention of being derogatory. The spirit of his remarks was constructive, and, knowing him as I do, I am certain that what he said about the maritimes was meant to be in a friendly and helpful vein. However, he made several statements which gave rise to the impression that the maritimes do not stand on their own feet. The unfortunate thing is that some local maritime papers chose to interpret these remarks as being derogatory. In an editorial, dated June 17, 1946, the Halifax Herald dealt with the minister's remarks and emphasized the fact that he accused the maritime provinces of lacking vision and initiative. It classifies the minister's statement with those made a few years ago by the minister's predecessor from Saskatchewan who said:

The chief ambitions of the maritime people were birth, marriage, death and a free ride on the intercolonial railway.

Mr. Dunning. Most emphatically I do not wish to adopt a provincial stand on behalf of the maritime provinces. I for one have always deplored that attitude and have said so in this house. Neither is it the feeling of the majority of people in the

I think this house will agree history shows that maritimers, man for man, have been able to stand on their own feet in Canada or in any other country on the same basis as their fellow-Canadians. While I do not deny that vision and initiative are required wherever success is to be achieved, our problems do not all lend themselves to solution by this simple formula.

At page 2478 of Hansard the minister said that if we in the maritimes had the kind of vision as to what this country can become, we can have plants running twelve months a year. In the field of manufacturing I have known of many instances where we have been able to compete on even terms or better with our central Canadian competitors in the production of commodities.

On motion of Mr. Winters the debate was adjourned.