I was paired with the hon. member for Kamloops (Mr. Fulton). Had I voted, I would have voted against the motion.

I was paired with the hon. member for Portage la Prairie (Mr. Leader). Had I voted, I would have voted for the motion. 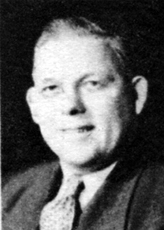 I was paired with the hon. member for Oxford (Mr. Daniel). Had I voted, I would have voted against the motion.

I must object to this

motion on the same ground as objection was stated to the last motion. In addition I would like to say this-and I think my hon. friend understands it clearly. The party in question has * appealed to the board of referees, composed of representatives of labour and of employers, and an impartial chairman.

We allowed this motion to

stand over for several days on the understanding that the minister would discuss the matter with me. My information is-I do not know whether the minister has it-that this matter has been dealt with by the board of referees and disposed of. It is not similar to the one just voted upon. This motion merely asks for the production of papers in one specific case. All I want in fact is the decision of the board of referees, and why they made it.

I have no objection to

Order. I would call the

When a private member's notice of motion shall have been twice called from the Chair and not proceeded with, it shall be dropped, provided that it may be placed at the foot of the list on the order paper upon motion made after due notice.

The motion has been called a second time and1 it should not stand.

In all fairness to my hon. friend, I must point out that he stood the motion over as a matter of courtesy to the Minister of Labour, who was absent on duty elsewhere, and although that rule is correctly cited except for notices of motion for production of papers, Mr. Speaker, I do not think it should be applied in this case.

Far a copy of all minutes and proceedings of the committee supervising the Canadian information service.

I appreciate the courtesy of the hon. member for Egldnton (Mr. Fleming) in allowing this motion to stand when I was away on business. I regret to have to oppose the motion on the ground that this Canadian information service supervisory committee is, in relation to that service, in exactly the same position as any government agency or board, or any official. Section 4 of P.C. 6300 setting up the service provides that "the committee shall report to the cabinet through the Hon. Brooke Claxton, who shall be the minister responsible for the service." The committee is there for the purpose of advising and recommending courses of action which fhe service can take, but if it takes it, it takes it on my responsibility as the responsible minister. Such advice and recommendations are confidential and privileged for a reason which has been recognized in every parliament, and for which there is ample authority, namely, that a minister must be able to obtain frank and unfettered opinions and advice from those on whom he must rely for advice in the conduct of public business. This is particularly the case here in that this service is responsible directly to a minister. It does not constitute part of his department. The committee looks into matters and when it does so it reports on them and the minister is entitled to have views for and against, good views and bad vieiws, views that are necessary in arriving at a decision. It is obvious that if matters of this kind are to be subject to tabling, the minister can no longer expect to have full and frank opinions from these officials, because, if he gets an opinion which is in accordance with action subsequently taken, the officer may be subject to criticism by the opposition or by someone else on the ground that he is acting in accordance with government policy. If on the other hand the minister fails to follow the advice, then there is created a public issue between the minister and those responsible for advising him, which would result, I venture to say, in the public service of Canada being thrown into turmoil.

Further, the officials of this committee have no means of explaining or defending their actions here. That is my duty. I am responsible for them and I am entitled to their advice. Were it not possible for them to give that advice freely, without fear of its being

exposed to public scrutiny in a place where they could not defend themselves, I fear the public service would suffer very materially.

In this connection it is interesting to recall that many members of the opposition, when they were in the government, took exactly the same position on a number of occasions in 1930, 1931 and 1932. If the house wished me to do so, I could refer to those occasions. . I venture to say that any party in power would be forced to take the same position in order to see that the public business is carried on. This is the most typical and characteristic case one could find, and therefore I cannot accept the motion.

The department should be abolished. It is a waste of money, it is only propaganda, and no information is given at all.

I suggest to the house

that the remarks of the minister have not been directed to the motion. I am not asking in the motion for the production of reports to the minister or for opinions given to him by this committee. What the motion asks for is a copy of the minutes and proceedings of the committee. If you look at the order in council referred to by the minister you will see that this is an administrative body. It is charged with carrying out the provisions of the order P.C. 6300. It is directed to provide means and facilities for distributing abroad information concerning Canada and for coordinating and assisting the public information services of the government. Section 3 states that the service shall be under the supervision of the committee, and it is with that committee that we are dealing. I do not think it is correct to say that the administration is in the hands of the minister and that this committee simply advises hftn. Rather the order clearly shows that this committee is the committee that supervises the administration. Reports to the minister do not come within the scope of the present motion.

I suggest that this refusal or opposition to the present motion arises in a situation that is without precedent. These precedents to which the minister has referred have no bearing on the situation, and I think I should say why-

I am simply endeavouring to answer the point raised by the 'minister; I think I am entitled to do that.