You won't pull down the

flag on my vote.

I was paired with the hon. member for Kent, N.B. (Mr. Leger). Had I voted, I would have voted for the motion with the word "expedient" omitted. 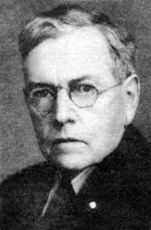 with the hon. member for Durham (Mr. Stephenson). Had I voted, I would have voted for the motion.

Mr. MeDONALD (Parry Sound): I was paired with the hon. member for Oxford (Mr. Daniel). Had I voted, I wiuld have voted for the motion.

Hon. LIONEL CHEVRIER (Minister of Transport) moved the second reading of bill No. 32, to amend the Transport Act, 1938.

If the minister is not

going to give an explanation I have something to say.

I am prepared to give

an explanation on the second reading of the bill.

We want copies of the bill.

Copies have been distributed. The purport of the bill is to amend the Transport Act so as to bring within the jurisdiction of the board of transport commissioners certain water carriers operating in the Mackenzie river area. The bill amends chapter 53, an act to establish a Board of Transport Commissioners for Canada with authority in respect of transport by railways, ships and aircraft, which was passed in 1938.

On a point of order, Mr. Speaker, I wish to point out that no copies of the bill have been tabled and it is the duty of the minister to see that bills are on the table.

The bill has been distributed.

The reason for the

amendment is that certain complaints have been received from shippers in the northwest territories with reference to freight charges by certain carriers. These shippers maintain that the rates in that area are too high. The main carriers in the Mackenzie river district, I am informed., are the Northern Transportation company which, as the house knows, is a subsidiary of Eldorado, the Hudson's Bay company and Yellowknife Transportation. The complaints, while they have to do with general freight, refer particularly to the transportation of fuel and bunker oil, and with reference to these it is stated that the freight north-bound1 front Edmonton and waterways and from then on down the Mackenzie river through to the Yellowknife district and the Eldorado district, consists mostly of food, building materials, manufactured products and general supplies for consumption by the population in the territories. The traffic south-bound consists mainly of furs, pitchblende concentrates for Port Hope, and bunker oil; and1, as I said a moment ago, it is with respect to bunker oil that we have received the complaints. Bunker oil, as the

The Yellowknife country possesses tremendous possibilities for the creation of employment and new wealth. This part of the northwest territories holds out great promise for Canadian expansion. Normally all boats proceeding north-bound to Eldorado and Aklavik are sent down the river fully loaded; on their return trip they handle, besides the concentrates that come from Eldorado, the oil to which I referred a moment ago.

The only object of this bill is to place under the jurisdiction of the board of transport commissioners these carriers so that their charges, freight and the rest, can be regulated by the board in the same manner and to the same extent as they are regulated on the great lakes.

The Northern Transportation company, which is a subsidiary of Eldorado and which was taken over by the government in 1944, operates as a carrier in that area, and in 1945 the auditor general of Canada advised the Minister of Reconstruction (Mr. Howe) that his examination of the 1944 accounts disclosed a considerable operating loss owing to inadequate freight rates. The department had therefore to decide whether to bring the rates up to where they would command a reasonable profit or whether they should remain as they were and obtain a subsidy for the service. It. was decided to follow the first policy, and an agreement was entered into between a number of the carriers with reference to the freight rates. It is to these rates that the management of certain mining companies objected. The government, faced with the problem, decided that the best policy was to place the whole matter under the jurisdiction of the board of transport commissioners, and give to it the same authority and jurisdiction in the northwest territories as they have on the great lakes.

If the nouse looks at the proposed amendments to the bill it will see that they are not lengthy. The first one adds to the definition of the original act a description of the Mackenzie river. The next has to do with the meaning of a ship. That already is in section 2 of the act. but in two different parts. This section joins these two parts and states that ship means every description of vessel, et cetera, exceeding ten gross tons used in navigation on the Mackenzie river, and it completes the description by including that

same part as was in paragraph (m) of section 2 of the act. The other three amendments simply bring into operation part II, part IV and part V of the Act in so far as the Mackenzie river district is concerned.

to call the attention of the house to the transfer in 1938 of the powers of the Board of Railway Commissioners for Canada to a new body known as the transportation board. The first thing I should like to find out from the minister is something about the board of transport commissioners. We have not heard very much about them during the war. They have jurisdiction over railways, telephone companies, express companies and all these institutions. They have power, on their own volition, to regulate rates, and to make investigations of their own volition. They have not done so. A large amount of money is being made during the war by these companies.

I think the Transport Act should be brought up to date and revised and consolidated. It is not up to date. Is this bill the only jurisdiction the board has over waterborne traffic? A few yearn ago it was proposed to give them jurisdiction out on the Atlantic, extraterritorial jurisdiction over ships belonging to Canada. We had a debate on this principle in this house on the Peterson contract some years ago. Water-borne traffic has never been very much under the control of any public body or public regulation in Canada. This bill refers to the Mackenzie river. I think t'he minister should consider consolidating the Transport Act in' view of modern conditions. When the board of railway commissioners was first established it did not have any jurisdiction over telephone companies and express companies. That was added later. Transportation conditions have changed; they changed with the motor bus and the motor truck. I understand that these have not been brought under public control; they are very largely under provincial control through the issuing of motor licences. In my opinion the -whole statute should be consolidated, as should the criminal code. Now that the war is over, all these statutes should be consolidated and brought up to date. I suggest to the minister that he should bring in some policy regarding motor buses and motor trucks in the interprovincial trade. Many of these vehicles run between provinces.

Now that the war is over, I hope that, the board of transport commissioners will be up and doing and try to carry out the statutes they are appointed to regulate, which they are not doing at the present time.

I am not going to speak at any length at the moment. I just wish to say that I am glad the minister is taking an interest in that great north country, a country which I fairly love, having covered a great deal of it. I am sure that something will come out of the bill. I cannot say just now what I should like to say.

On motion of Mr. MacNicol the debate was adjourned.

A message was delivered by Charles H. Larose, Esquire, Acting Gentleman Usher of the Black Rod, as follows: Mr. Speaker, His Honour, the Deputy Administrator, desires the immediate attendance of this honourable house in- the chamber of the honourable the Senate. Accordingly the house went up to the senate. And having returned. Mr. SPEAKER informed the house that the deputy of His Excellency the Administrator had been pleased to give in His Majesty's name royal assent to the following bills: An act respecting the appointment of auditors for National Railways. An act to amend the Department of National Health and Welfare Act. An act to amend the Canadian National Rail ways Capital Revision Act, 1937. An act for granting to His Majesty certair sums of money for the public service of the financial year ending the 31st March, 1946. On motion of Mr. Mackenzie the house adjourned at 6.15 p.m. Thursday, November 15, 1945.