I table return to an order moved by the hon. member for Lake Centre (Mr. Diefenbaker) for a copy of all orders in council passed since July 15,1943, which amend, suspend or otherwise alter the operations of statutes, and so on. The hon. member will remember asking me last year if the government would not consider having these amendments presented in a form which would make them readily available to members of the house. I am glad to be able to inform him that this has been done. I would inform my hon. friend and other hon. members that a consolidated table of contents and reference index published quarterly by the privy council office as an appendix to the weekly publication "Canadian War Orders and Regulations" contains these various amendments to statutes. This is a quarterly consolidation including specific reference to statutes amended, suspended or referred to by order in council. The latest consolidation covers the last quarter of 1943. The consolidation for the first quarter of 1944, up to March 31, 1944, will be published shortly.

1. Has a ceiling price been imposed upon farm implements and repair parts for same?

3. Has it been enforced in regard to all farm implements and spare parts whether manufactured in Canada or imported?

4. What relationship does the present price of farm implements and repair parts bear to prices for same on September 10, 1939?

5. What relationship does the present prices

6. What quantities of farm implements and repair parts will be released for sale in Canada during the year 1944?

2. Prices of farm implements and repair parts were frozen at the level of those prices in effect during the basic period-September 15 to October 11, 1941-with a few exceptions, covered by Order No. A8, issued to permit slight revisions in prices.

4. The wartime prices and trade board has only controlled retail prices of farm machinery effective during or subsequent to the basic period-September 15 to October 11, 1941- and it has not made any investigation as to prices charged for farm implements and repair parts prior to that time. It is known that, apart from a few adjustments made under order A8, farm machinery prices have not risen since the basic period.

(b) The Dominion Bureau of Statistics index of farm products' prices as of the week ending March 17, 1944, shows an increase of 63-0 per cent over the average for September, 1939.

The farm products index covers milk, eggs, grains, livestock, etc., that is, the main staple farm products and it is based on returns received by farmers so that the present prices include subsidies and other government payments now being paid to farmers on milk, barley, oats and pork. No index was prepared for September 10, 1939. The average for the month of September is taken which would differ only slightly from the prices on September 10.

MUNITIONS AND SUPPLY-EXPENDITURES IN SASKATCHEWAN

What is the total amount of money spent by the Department of Munitions and Supply in the province of Saskatchewan since the commencement of the present war?

on the government-financed expansion of industrial capacity in Canada, as at December 31, 1943, tabled by the minister. Reference page 1691, Hansard, March 21, 1944.

Note: It is impossible to give a money

breakdown by provinces, that will properly reveal the extent to which each province is participating in war orders made possible by (a) government-financed expansion of industrial capacity, (b) the operations of crown companies, (c) by ordinary award of contracts. 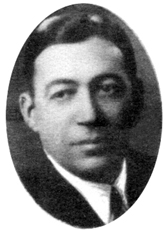 1. What is the total of payments or remuneration paid to the chartered banks for services in connection with the handling of coupon rationing?

2. What period does this cover?

3. What is the basis of payment?

4. Is any of this work being done by the small business man or firms?

5. If not, what is the reason for their not being allowed to do it?

1. The total paid to date to the chartered banks of Canada for services in connection with the handling of ration coupon banking is $575,046.84. In addition the Montreal City and District Savings bank and La Caisse d'Economie de Notre Dame de Quebec have been paid $2,729.55 and $1,389.32 respectively.

3. The wartime prices and trade board reimburses the chartered banks monthly on the basis of staff salary costs plus specific out-ofpocket expenses incurred as determined by time studies conducted by the banks in cooperation with the board.

4. Every consumer, and every person engaged in the business of manufacturing, processing, or selling rationed foods handles coupons or some other form of ration document, but only the banks supply the service of coupon banking, which is a service provided by the government for the purpose of relieving traders from handling coupons in bulk.

1. Has the government made any arrangement with the Canadian banks with reference to the gasoline coupon rationing?

2. If so, what arrangements have been made?

3. What is the particular function or the service they render in this regard?

4. What remuneration will they receive?

5. What is the basis of payment?

6. Is any of this work being done by the small dealers distributing gasoline?

7. If not, what is the reason for their not being allowed to do so?