Between two per cent

and three per cent of -the aircrew provided by Canada make up the forty-two squadrons. That is what actually happens. The minister said a moment ago it was ten to one.

I cannot understand my hon. friend. I would like to, but I do not quite understand what he is trying to say.

I am trying to find out

how much of the cost of the flying done by Canadians is borne. The minister says about ten per cent is self-contained in R.C.A.F. units. The other ninety per cent of aircrew are serving in R.A.F. units, and all the cost-

Oh, I know now what my

hon. friend is getting at. I am beginning to have some comprehension. But I do not know whether his figures are correct, because I am not much good at mental arithmetic.

The R.A.F., through the British, are paying for the total cost, apart from the payment of personnel, of the planes and ammunition used by ninety per cent of our aircrew. Is that not so?

We pay a per capita charge for dental and medical services, and things of that kind. But I do not think we pay for the bombs dropped on Berlin by R.A.F. squadrons, and I do not think anyone expects us to,' either.

Or for the aircraft flown by our boys in the R.A.F.? They pay all the costs, except as to personnel.

Except that a good many

of the aircraft are supplied by my colleague the Minister of Munitions and Supply under mutual aid arrangements.

In other words, the state of account between the R.A.F. and the R.C.A.F. is still in the hopeless tangle the minister mentioned a year ago. He does not know what share of the cost we are bearing, and what share Great Britain is bearing.

I know how much it costs

for our expenditures overseas, because I have the figure right here.

But the fact remains,

nevertheless, that our boys-

The reason I asked for

a break-down of the figures is simply this, that in Canada we take great credit to ourselves for the mutual aid given to Great Britain and.! the other allies. We also take credit, and Quite properly so, for the tremendous contribution we are making by way of aircrew. But what I wish to find out from the minister, if I can, is how much financial burden is being assumed by Great Britain in providing the aircraft, the necessary bombs and so on, for that ninety per cent of R.C.A.F. aircrew which for the time being is attached to R.A.F. units. When we take credit for R.C.A.F. aircrew flying over some part of Germany, we must also remember there is a big expense entailed not only in the aircraft but in the bombs. So that I wish to be able to find out exactly the separate contributions by Great Britain and Canada. I do not suppose the minister can give it.

No, and I do not think the minister's job is to talk for any other nation than Canada-and he is talking for Canada. He is telling the committee what Canada has done, and he is going to continue to do so. The people on the other side of the ocean tell us often enough what they have done. My job is to talk for Canada. Churchill and Sinclair will talk for the Royal Air Force. 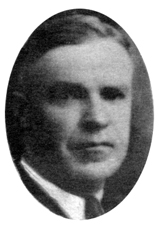 In view of the statement in the Globe and Mail of Saturday, February 26, would the minister explain to the committee his policy with respect to recruiting in the women's division, and also with respect to ground forces?

I believe that matter was mentioned in my statement. This is found at page 1030 of Hansard4.

In addition to the men required by the Royal Canadian Air Force, we have enlisted and trained over 15,000 in the women's division. Here again we have reached our peak and no further personnel are needed to bring our establishments to full strength beyond what have already been enlisted and are awaiting training, and accordingly, enlistment for the women's division of the Royal Canadian Air Force has been curtailed to the comparatively small numbers required for replacements.

I do not understand the procedure. Is the minister to answer the various questions asked, or are we to proceed item by item?

I had intended answering the various questions as we went along. My colleague, the parliamentary assistant, has already prepared the answers to some of the questions asked. If the committee will permit, he will proceed to give those answers, some of which are rather lengthy.

During the latter part of November, the Royal Canadian Air Force was asked to attempt to provide a supplementary air service from Canada to the United Kingdom, and from there to the Mediterranean theatres of war to assist in expediting mail to the troops overseas. This was a tremendous undertaking, considering the length of the route, the mileage of which is 3,100 miles from Ottawa to the United Kingdom, 2,850 miles from the United Kingdom to Italy, and 1,850 miles from Italy to Cairo. The total mileage is 7,450 miles one way, or approximately 15,000 miles for the round trip. One round trip per month to be made as far as Cairo and the remainder of the flights to finish in Italy.

The purpose of the service was to hasten mails for Canadian forces in the United Kingdom and Mediterranean war theatres, and also the return mail from troops to their families at home. It was also to help remove a large backlog of mail which had accumulated; some in Canada, and the majority in the United Kingdom, due to insufficient transportation facilities, and in addition, to attempt to get as much of the mail as possible through to the troops for the Christmas-New Year season. The service was, and is, planned to continue as long as such a service is necessary.

At the time the Post Office Department requested the R.C.A.F. to consider this service, aircraft of a type suitable for this operation were not available in Canada or Great Britain. It was therefore necessary to approach the United States authorities in order to get the necessary equipment. Through the kindness and cooperation of these authorities six fortress aircraft were to be made available as quickly as possible. The aircraft to be supplied were not new aircraft, but were aircraft which had seen, in some cases, a considerable amount of service and, therefore, maintenance difficulties were to be expected. It was impossible to procure new aircraft due to United States commitments in various war theatres,

and it was therefore necessary to accept what we could get and do the best that we could with them until we had sufficient time to overhaul and make the necessary modifications.

Great credit is most certainly due to every member of the mail squadron, both air and ground personnel, for the results achieved and the cheerful spirit maintained in spite of their many difficulties.

In spite of the difficulties encountered during the two months' period from the commencement of the service on December 15, 1943, until February 15, 1944, a considerable volume of mail has been carried. In actual figures, this is as follows:

Between United Kingdom-Mediterranean theatres and return 89,918

Of the total of 89,918 pounds carried to and from the Mediterranean area, 45,619 pounds of letter mail has been delivered to our troops. This represents a total of approximately two and one quarter million letters, and is the equivalent of well over twenty-five letters to every member of the Canadian expeditionary force in the Mediterranean area.

On the return flights from the Mediterranean area to the United Kingdom it has seldom been possible to fill the aircraft to capacity with Canadian outgoing mail. The balance of the load is then made up of British and United States outgoing troop mail, which enables us to reciprocate to some extent for assistance we have received in the past from the air transport services of these two countries. It is emphasized, however, that Canadian forces mail carries number one priority and that British and American mail is only carried on return flights from the Mediterranean areas to the United Kingdom and only when insufficient Canadian mail is available to make up a full load.

From the experience now gained it has been decided to place three twin-engined transportation aircraft already owned by the R.C.A.F. at a base near the entrance to the Mediterranean to take care of the mail service from that base to the theatres of war in the Mediterranean. These aircraft are considered entirely suitable for operations in that particular area. As a result of this, we shall then be able to concentrate our flying fortresses on the north Atlantic route, which should have a marked effect on the frequency of service.

While no firm forecast can be made of the future frequency of operation, it is nevertheless felt that with the gradual improvement we are now experiencing in our maintenance difficulties and the expected improvement in the north Atlantic and Mediterranean weather conditions within the next month and a half the frequency of service will be improved.

The hon. member for Fort William asked a question with regard to the method of distribution of Memorial Crosses. Originally the crosses were delivered by registered mail from the records office. Later, for an extended period prior to February 7, 1944, the chaplains services undertook delivery, making personal calls wherever possible and sending the crosses by registered mail to outlying districts. It was found that the presentation of crosses by chaplains was delayed at times owing to the many and onerous duties of the chaplains' services. It was felt that since it was not possible for chaplains to make personal calls in outlying districts this method of delivery discriminated against the next-of-kin in those districts.

Accordingly, effective February 7, 1944, all Memorial Crosses are now delivered to next-of-kin from the records office. They are accompanied by an engraved card which states:

This Memorial Cross is forwarded to you by the Minister of National Defence for Air on behalf of the government of Canada in memory of one who died in the service of his country.

This method of delivery is proving satisfactory.