I shall be glad to convey the hon. member's message.

As a matter of fact, my observations on the Dieppe operation were the result of conversations with men who, like the hon. member for Vancouver North, have been overseas, men who were engaged in that operation.

The hon. member said he had -been there.

I said I had visited there in 1936. My observations in 1943 were not based on my having been there in 1936; they were based on conversations with men who had been in the Dieppe operation. It may be interesting to the hon. member for Vancouver North- 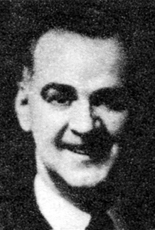 The hon. member is

I am his parliamentary assistant.

I am not concerned with the remarks of the hon. member for Fraser Valley. It may interest the hon. member for Vancouver North to learn that the statement I made as a result of conversations with men who had been in the Dieppe operation coincided very closely with the statement made later by Lord Keyes, who had some slight knowledge of military operations when as Sir Roger Keyes he was in charge of the famous Zeebrugge operation.

However, I wanted to support the plea of the hon. member for Vancouver North with reference to R.C.A.F. men with R.A.F. squadrons, particularly men in groundcrew, in the matter of being given leave at the end of certain periods of time. I have received letters from men in Palestine, India, Ceylon and Africa, who have worked with R.A.F. squadrons and some of whom have been away for a considerable period of time. They have no immediate prospect of leave. Probably the minister knows better than anyone in this committee how much even the prospect of leave is a factor in maintaining a man's morale. Let me show the minister how it reacts on the

civilian population. In the town in which I live, there was, as the minister knows, an R.A.F. station at which there were some twelve hundred R.A.F. men, a good many of them ground personnel. They 'were taken into the homes of the people of the community, who liked them very much. These men would say, "Well, as soon as my two years are up, of course I shall be sent back to England. We signed up here for two years." Our people would say, "Well, our boys are in England and in Africa, but we have no assurance that they will be back in two years." Many of them would ask me how it was that the R.A.F. boys could be so sure that they would go home in two years, while some of our boys had been over there since early in 1940 and we had no idea when they would be able to come back. So that I suggest-to the minister that he has a real point there and that it would be a great thing if these men could know that after a definite period of service they would be allowed to return to Canada. I realize that there are all kinds of shipping difficulties which might make this impossible, but I would ask the minister to give this very serious consideration. [DOT]

Perhaps I had better say now that on another occasion I shall be very glad to answer a large number of the questions which have been asked. I could answer some of them now if the committee so desires, but if the committee prefers to carry on I can wait until Monday, when my estimates will come up again.

Might I say a word just to keep the record straight in regard to the hon. member for Weyburn. I quote from Hansard of February 17, 1943, at page S05:

In 1936 I spent a day in the town of Dieppe, and I would imagine that even aerial photographs would show the impossibility of scaling a sea wall unless it had first been partly demolished by aerial bombardment.

So that the hon .member for Vancouver North presumed that the hon. member for Weyburn was speaking from his military experience in regard to Dieppe.

I think it would be preferable for the minister, if he is in a position to do so, to answer now what questions he can. That might keep the record straight.

would accept another question or two before he begins to give his answers. He stated that the R.C.A.F. now had forty-two squadrons which were maintained and serviced by our own boys and at our own expense. In order to keep the record as straight as possible I should like to ask, since I suppose there are still great accounting difficulties, whether Canada is bearing the full cost of everything entailed in a bombing raid or a fighter sortie in connection with these forty-two squadrons.

The answer is yes, in connection with bombs, ammunition and so on,

That is splendid. In other words, we are entirely independent and carrying the whole burden of the cost?

I have already said that

about ten- men- are in R.A.F. units, to one in R.C.A.F. But let me give a figure. For example, if there are 5,000 pilots overseas, about 500 of them would be in R.C.A.F. squadrons. The remainder would be in R.A.F.-pilots, only. The same applies all the way down with regard to bombardiers, wireless operator air gunners, and so on.

Of the twenty-two per

cent to twenty-five per cent, about ten per

cent, or one-tenth of that, which would be between two per cent and1 three per cent, are our aircrew?

friend in his percentages; but I shall let it go at that, if he thinks it is all right.

The minister is very