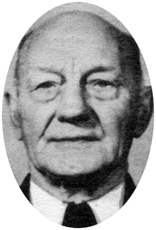 That the standing committee on miscellaneous private bills be empowered to sit while the house is sitting.

On this question of the committee on private bills sitting while the house is sitting, may I point out that the bill in question here is a very contentious one. It has just been contested in the other place and, so far as I am concerned, I must say that the sitting of this committee would be nothing more or less than a farce. I believe all members feel the same way. As I say, it has been a matter of contention in the committee in the other place, and in my opinion it is simply wasting our time to take it into consideration now, in the dying days of the session. I protest against the House of Commons having to take the responsibility of passing on the bill that will be before us if this motion is agreed to.

I wish to say a word in this connection as well. I had intended to speak at some length on this bill because I have studied it carefully. I agree with the hon. member who has just taken his seat (Mr. Ross) that there has never been a bigger farce before the house. After a careful reading of the evidence I cannot find any proof brought forward to warrant our proceeding with the bill. The people who are applying for this petition have definitely failed to prove their case. The hon. member for Macleod (Mr. Hansell) some time ago brought forward a similar case. He spoke on it at considerable length, and pointed out that it was a shame to go through with it. I must join with the hon. member who has spoken in

protesting against proceeding with this bill. It would be doing a service not only to the country but to this lady and her daughter if we refused at this time to allow the matter to be pushed through. I know it is quite late in the session and that is one reason why I refrain from going into the argument in detail, but it would he simply outrageous to have the bill go through.

There seems to be a very strong feeling that this bill should not be proceeded with at this time. I should think the motion might well be withdrawn, if that were the general desire. No doubt the house would give its consent to that course.

I will ask that the motion be withdrawn.

EXTRADITION TREATY BETWEEN CANADA AND THE UNITED STATES

Hon. L. S. ST. LAURENT (Minister of Justice): I lay on the table the extradition treaty recently signed between His Majesty the King and the President of the United States. There will be no opportunity at this time to consider legislation which would be required to confirm the treaty, but I thought it might be advisable to have it on the table so that hon. members may have an opportunity to study its contents before parliament meets again.

MOTION FOR INTERMISSION FROM ONE TO TWO o'clock P.M. THIS DAY On the orders of the day:

In order to help ensure

the long adjournment of the house to-day, and as early in the day as possible, might I suggest to hon. members that the luncheon recess be from one to two instead of from one to three. It will be remembered that after discussions have concluded in this house there still remains assent to bills in the other house. We might seek to arrange for the assent as early in the evening as possible.

It will require a motion.

CONSIDERATION OF ESTIMATES-DEPARTMENT OF LABOUR

On a question of privilege, Mr. Speaker, I wish to protest against the order of business to-day', and the manner in which labour affairs have been prevented from coming on the floor of this house. With no more important matter facing the people of Canada than labour relations, we find it the last item on the agenda to-day. I protest in the strongest possible terms.

PROCEDURE IN CONSIDERATION OF HOUSE OF COMMONS ESTIMATES 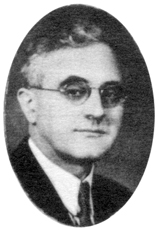 rise on a matter of privilege. I have before me the record in Hansard of the proceedings of the house yesterday. I claim that some of those proceedings constituted a gross breach of the rights and privileges of members of the House of Commons.

You will recall, Mr. Speaker, that during the debate on the budget I took occasion to refer to expenditures dealing particularly with one branch. It perhaps might have been more properly dealt with under the estimates. You, sir, I think were aware that it was my intention to speak on these estimates, because a few days ago the hon. member for Northumberland, Ontario (Mr. Fraser), came to me and said yrou desired to know whether it was my intention to speak on those estimates. I informed him that it was.

1 wish to point out that this was the only branch the cost of which was dealt with while the debate on the budget was in progress. It is I believe customary-if I am wrong I will be corrected-for the estimates of the legist lation branch to be introduced by the Prime Minister. I think that has usually taken place.

We have been sitting in the house from eleven o'clock in the morning until twelve o'clock at night. I have sat in this house I think as faithfully' as any hon. member. Last night, between eleven and twelve o'clock, while the hon. Minister of Mines and Resources (Mr. Crerar) was leading the house, putting his estimates through, you, Mr. Speaker, were permitted to introduce the legislation estimates, sandwiched in between the estimates of two branches of the Department of Mines and Resources. It happened that for about fifteen or twenty minutes I was absent from the chamber, in the lobby. I do not claim that those who are in charge of the house should notice when I am present and when I am not, but I think you were aware that the one department which had

been discussed on the budget might be expected to be discussed on the estimates. You placed on Hansard, Mr. Speaker, without discussion, a long written statement purporting to deal with the point which I took up in the debate on the budget. The hon. minister who was in charge of the house, putting through his estimates, permitted you, in the course of two or three minutes, to sandwich in your estimates among the estimates of the Minister of Mines and Resources while I was absent.

Now, Mr. Speaker, the rules of the house will not permit me to charge that you or your officials or anyone else had a deliberate plan of frustrating the private members of this house-

Topic:   PROCEDURE IN CONSIDERATION OF HOUSE OF COMMONS ESTIMATES
Permalink

Topic:   PROCEDURE IN CONSIDERATION OF HOUSE OF COMMONS ESTIMATES
Permalink