And especially the small retailers.

I was just coming to that; especially the retailer in the small corner store. As has been pointed out to the committee already to-night by many hon. members, the small retailer is having a hard time to exist even now, and with taxes such as these it will become even more difficult. Then there is the child himself. As hon. members know, many children

get only a cent, and they go to the store and buy a cent's worth of candy. You may say, why not give them 2 cents? Well, being Scotch and thrifty, while a cent is a small amount of money, nevertheless it is well to bring up our children on small amounts of money, and then they will appreciate the value of money more -when they get older. Also it may be suggested that certain candies which sell three or four for a cent could be sold at two for a cent instead. Well, if the retailer does that, the wartime prices and trade board will come along and say he is increasing the price of his candy, and he will not be permitted to do so. So the small merchant is met with difficulty at every turn, making it harder than ever for him to carry on. I would have hoped that some consideration might be given with regard to candies selling for less than 5 cents. 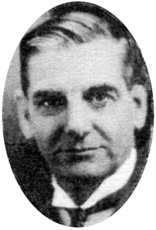 I have had a number of protests in my constituency, most of which I have sent on to the minister. They have come from the retailer, the storekeeper, who has given me figures somewhat similar to those mentioned by the hon. member for Brantford City. The storekeepers who have written me have assured me that if this tax remains, one-cent candy will go off the market. It is pretty well agreed and pretty well established, I think, by both the manufacturers and the retailers that if this tax stands, that class of candy goes out of existence. During the evening someone criticized a tax as a mean tax; in fact, I think two taxes were referred to in that way. But I do not know a meaner tax than that which takes candy from the babies.

I was not going to say that.

Someone ought to have said it. There are those who will say that the baby is better off without the candy, but I do not think that is a good argument. We are not the judges of that. I do think something should be done in this connection. We shall not hear from the children who are interfered with by this tax. The amount that will be raised is very small compared with the number of people who will be inconvenienced and who will feel aggrieved as a result of this legislation. I do think the minister should do something about what the leader of the opposition has described as the penny candy.