If I said that, the minister would say that I was speaking politically, but perhaps the hon. member for New Westminster (Mr. Reid) can say that to the minister. I do not like to throw out that kind of insinuation unless I have proof. If I had the proof I would say it; do not make any mistake about that. The large stores have an advantage because of their great buying power, and in addition to that they have better business acumen. They are able to look into the future with better results, and that is why they have grown.

Has the minister any recent information as to whether the number of retail stores is increasing or decreasing? I have noticed lately when walking along the streets of Toronto that there are more stores vacant, which would indicate that many small merchants are going out of business. The smaller merchants upon whom I have called recently all tell me that they are going to be put out of business by the taxes being imposed upon them, and the number of vacant stores would indicate that something serious is happening. I do not know whether this budget will increase or decrease the amount of revenue when so many merchants are being forced out of business. It would depend on

whether the number of retailers is increasing or decreasing. Has the minister any information on that point?

No, I have not, but I know that in 1941 the volume of goods sold by retail stores was 25 per cent greater than before the war, and the dollar value was about 50 per cent greater. There was a tremendous increase in business.

Because thei;e was a great deal more buying power.

My question was whether the number of retail stores was increasing or decreasing.

I have no information on that.

I had no intention of criticizing the minister in my remarks about the big man having the inside track. What I meant to convey to the leader of the opposition and to the house was that men in the wartime prices and trade board who are connected with large concerns are in a position to know the exact situation about shortages and to advise their firms accordingly. I do not say that they are doing it, but they are in a position to do it, many of them being connected with large firms. But I had no intention of criticizing the minister for that.

Then I misinterpreted the hon. gentleman. There is something in what he says. I have observed over a period of years the trend against the small retailer in our communities throughout Canada because of the chain store. It is a grave problem. The small retailer gives credit; the chain stores do not. The small retailer is a part of the community and takes part in the community life. But who ever heard of a chain store taking part in community life? I can remember that when I went to Fredericton forty years ago, we had five or six first-class grocery stores, big concerns which carried everything and did a huge business. The proprietors of these stores were among our leading citizens. They took part in every phase of our community life, and I have no doubt that the minister knows of a similar situation in his home town. To-day there is not one such big grocery store in Fredericton. They have all been driven out by the chain store. That is a factor in the life of our communities of which we must take note. I am just a bit fearful of this trend. I do not know just how you are going to curb it. I do know that by means of taxation and that sort of thing, attempts have been made on many occasions to curb this trend; but after all, before the war at all

events, we were living in a land of free enterprise. The people do not have to support these chain stores, but they do, and I am just a little afraid that this taxation will accentuate the situation. 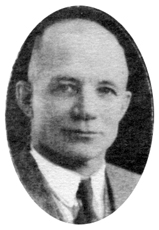 I wish to return to the point I raised a few moments ago because I believe there is a very important principle of taxation involved. May I ask the minister if he recognizes the inequality that results from this type of tax imposition because of the pyramiding process in the application of a tax on a percentage basis?

On some goods on which the cost of transportation is added to the manufacturer's price the consumer at a distance will undoubtedly pay more per article than a consumer in other parts of Canada who buys nearer to the point of production. But there are articles on which the price is equalized all over the country.

Perhaps not many, but there are some, and to those that objection would not apply. I would' point out that while that objection may apply to most of the articles in this list, our sales tax, which is by far the largest tax on the sale of goods, escapes very largely that objection because it is imposed at the manufacturer's level and does not include transportation. With respect to the electricity tax, which is small, and this tax, which is small-the total amount to be derived from this tax in a full year is only $7,750,000-it may be that a case, not a very large case, I think, can be made out, but I do not think it is a very large grievance. On grounds, of strict fairness, however, as between consumers in different parts of Canada it may be said that a consumer at a place remote from the point of production will pay a little more per article. But that cannot be avoided if we are going to impose the tax at the retailer's level. On the bulk of these articles it must go on at the retailer's level. Otherwise the heavy inventories will escape and discriminations between persons with large inventories and persons with small inventories will arise. There would be an undesirable stimulation to consumer spending if we imposed a very high tax at the manufacturer's level, leaving the inventories in the retail stores untaxed.

I raised the point, not

Because of the items covered by this resolution but because of the principles which, as the minister points out, are applicable to all measures of taxation. The application of my objection goes further even than the addition

of the freight rate to the price at the point of manufacture, because there are certain trade practices such as mark-up. On jewellery, for instance, I assume that the trade mark-up by the retailer is likely 100 per cent. There is also a veiy high mark-up on furniture and many other articles which represents a very considerable percentage of the laid-down price in the store. This tax and other taxes of a like nature on the retail price are applied not only on the base price at point of manufacture but on that price plus freight and mark-up, and the application of the tax on that pyramided price is very unfair. I trust that the minister is quite aware of that inequity and that if he has a reasonable opportunity of removing it he will do so. 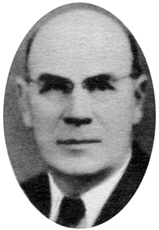 Am I right in understanding the minister to say that present stocks were exempt from this tax?

No. The present stocks of most of these articles are taxable, and with respect to some I am proposing an amendment to move the tax back to the manufacturer's level, so that hereafter, after to-night, stocks of these articles in retail stores will be free from tax.

I think the leader of the opposition has raised a very important point. I do not wish to take any strong stand against large stores, but it would appear to me that the smaller stores are labouring under a handicap in this respect.