Mr. LaCROIX (Quebec-Montmorency): 1. How many cows have been slaughtered on account of bovine tuberculosis in the counties of Quebec-Montmorency, Portneuf and Charlevoix-Saguenay, since the adoption of the "zoning" system in these counties? 2. How many cows were slaughtered under the jurisdiction of the health department of the municipality of Quebec? 3. What are the names of the owners of these herds and how many cows were healthy or how many affected in each herd?

1. What companies, associations or public bodies, if any, have made representations to the federal government since the outbreak of war, for the adoption of a six-day working week in all war factories in Canada, or certain of them?

2. Will the government give consideration to such representations with a view to abolishing the seven-day working weex without seriously affecting management and production?

3. Has the government taken steps to reduce to a minimum the number of war work shops in which the employees are required to work seven days weekly? 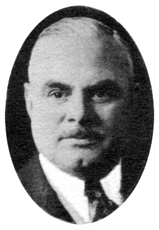 1. What percentage of men called for military training report in each military district as trainees?

2. What percentage of these men enlist with

the active forces before reporting? >

3. What percentage of these men enlist for active service after reporting?

4. What percentage of these men are granted postponements ?

For a copy of all documents, letters, telegrams, etc., pertaining to the court martial which, on May 2, 1941, dealt with the charges preferred against Major H. C. Singer, of the 2nd Canadian Anti-Tank Regiment in England, including the following:-

2. The convening order for his court martial.

3. The subpoena of each of the witnesses who gave evidence in the court martial.

4. The first summary of evidence taken under Major S. McQwirter, April 14 to 18, both dates inclusive.

6 The complete copy of the proceedings of the court martial.

7. The shorthand notes taken by the court recorder at the trial.

8. All details as they appeared in the application for the court martial, including character, correspondence, court of inquiry, etc., etc.

9. The letter sent to the Secretary of State concerning the dismissal of Major H. C. Singer from the services.

Mr. RALSTON; I asked my hon. friend the other day to consider either dropping this motion or proceeding with it. -I have no objection to his dropping it and putting it on the order paper again if he wishes to renew the motion, but it should not stand on the order paper week after week.

I will take the matter into consideration and decide in two or three days.

My hon. friend said that the other day.

For a return showing the number of persons by military districts and/or provinces who have been discharged or struck off the strength of, (a) the navy, (b) the army, (cl the air force, by reasons of (1) medical unfitness, (2) desertion, '3) other causes, and, in the case of military districts Nos. 4 and 5, and/or the province of Quebec, showing the number in each category (i) of French-Canadian origin, (ii) of origin other than French Canadian.

My hon. friend said he would consider whether he would wish to go ahead with this motion in its present form.

I wonder if the same procedure could be followed with regard to this matter as was adopted on June 17, as reported at page 3407 of Hansard with respect to a question that appears there.

That is to say, using names as giving some indication of origin? So far as the army is concerned, that could be done.

If it is worked out on that basis it will be satisfactory to us.

ACCELERATION OF MEDICAL COURSES BY SHORTENING OF SUMMER VACATION

For a copy of all letters, telegrams, and other documents pertaining to the scheme for accelerating medical courses by reducing the normal summer vacation to a minimum, that passed between tbe dominion government and Dalhousie university, the faculty of medicine of Dalhousie university, the province of Nova Scotia, and the province of New Brunswick.