That the second report of the special committee on land settlement of veterans of the present war, presented on June 12 last, be concurred in.

REPORT ON DETENTIONS FOR THE PERIOD

Hon. L. S. ST. LAURENT (Minister of Justice): I lay on the table of the house a report pursuant to paragraph 3 of regulation 21 of the Defence of Canada Regulations, showing (a) the number of persons detained under orders made pursuant to these regulations from May 18 to June 15, 1942, inclusive, namely 125, of whom 124 are Japanese; (b) the number of cases in which the Minister of Justice declined to follow the advice of any advisory committee appointed under regulation 22 from May 18 to June 15, 1942, inclusive-nil. 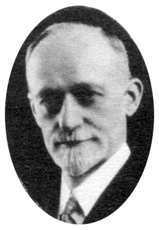 These lines, which have been in existence for a number of years, are mostly on rivers which were regarded as not navigable, and it was therefore considered that special permission was not required. That has been contested of late, and it has been suggested that, no matter whether rivers are navigable or not, in order to cross them with transmission lines it is necessary to have special permission from Ottawa. That is why this bill has been introduced, although, as I have stated, these works were constructed a number of years ago.

I should like to ask the Minister of Finance if he is now in a position to inform us when he will bring down the budget. May I point out to him that we have almost reached the end of the fifth month of the present session and the third month of the present fiscahyear. The business interests and others in this country want to know what taxation position they have to face, and I think the budget should be brought down with the least possible delay.

I cannot say just what day, Mr. Speaker, but I think I shall be able to inform the house before the end of the present week.

SHORTAGE OF SUPPLIES IN TORONTO DISTRICT