Hon. J. E. MICHAUD (Minister of Fisheries) presented the first report of the special committee on the defence of Canada regulations, and moved that the report be concurred in. Motion agreed to.

1. What is the direct loss in man-hours and petrol in requiring soldiers, men and women's army, munitions workers and others to be used in patriotic campaigns?

2. Are any steps being taken to prevent this further cost and added expense to the victory and other loan campaigns?

It would be quite impossible to provide an intelligent answer to this question. In order to attempt an answer we would have to consider the Red Cross campaigns, war loan campaigns, war savings certificate campaigns, recruiting campaigns and all sorts of special occasions on which the army are asked to furnish personnel and equipment.

The practice referred to

in the question is being carried out in England to save the expenses of these loans. An estimate was given to parliament.

The practice has been

carried out here. This is being done at the insistent request of representatives of these organizations. I remember particularly a delegation that came down from my hon. friend's city in connection with the war loan committee and made representations that, what was being proposed was not sufficient, that we should do a good deal more in providing personnel and equipment, which we did. To estimate the number of gallons of petrol and the number of man-hours used in connection with these matters would be quite impossible.

Cut out these Hollywood

methods of selling bonds, and save expense.

CANADIAN FORCES-EXPORTS OF BEER AND LIQUOR TO FORCES OVERSEAS

1. Have any permits been granted to navy, armv and air force institute to export beer and spirituous liquor to Canadian forces overseas?

1. The Navy, Army and Air Force Institute is the canteen organization of the United Kingdom armed forces. No information available as to what extent the Canadian forces use their facilities, and no permits have been issued to them for the exportation of beer and spirituous liquors for the use of Canadian forces.

1. What has been the yearly cost to Canada of the League of Nations since its inception to date?

2. Where are its head offices and who are the officers in charge? 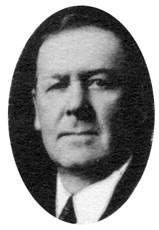 1. How many Canadians resident in the

United States have been made subject to the draft laws of that nation?

2. How many Canadians resident in the

United States have been actually drafted for service in the armed forces of that nation?

3. Are such persons given the right to elect to return to Canada and enter the armed forces of Canada?

5. Are those who do return to Canada automatically enlisted in the active armed forces of Canada and thus liable to service overseas or in any theatre of war?