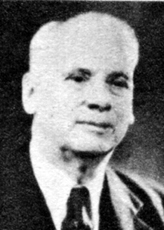 1. Has the Minister of Labour been notified in respect to a lay-off of men at the Allan shaft. Stellarton, Nova Scotia?

2. How many men were affected by such lay-off?

3. What caused the lay-off?

4. What action, if any, has been taken to pay unemployment insurance to these men?

3. An explosion occurred which damaged the shaft making it impossible to continue to work until the damage was repaired. The

provincial mine department is investigating the accident and a report has not yet been received as to the cause.

4. Men whose employment is temporarily interrupted will be paid any benefits they are entitled to under the Unemployment Insurance Act.

1. How many licences have been granted by the Minister of Justice pursuant to order in council P.C. 1457 to persons of Japanese race or to Japanese controlled companies, (a) to acquire land: fb) to hold land; (c) to bold crop-share agreements; (d) to acquire or hold any other interest in land or growing crops?

2. What investigation does the Minister of Justice make before granting a licence pursuant to this order in council?

OFFERS OF SERVICE IN WAR EFFORT

1. Have the names of those who have offered their services to the government in various capacities in connection with Canada's war effort, been kept in files and properly card-indexed as to qualifications?

2. If so, are these files referred to before special appointments are made?

2. Frequent reference has been made to these files. Whenever the civil service commission or any department of government requests information from these records, such information is forthwith furnished.

1. Has the government awarded a contract for khaki drill jackets to the Uniform Company Reg'd. of Quebec?

4. Who is the owner, president or manager of the company, and where is his office located?

(b) It is the policy of the department not to give unit prices.

4. It is our information that Mr. Morris Pollack is the president of this company which is located in Quebec city, Que.

1. Is Irving Jacoby now in the employ of the national film board?

3. On what date was he appointed to his present position?

4. What in detail are the duties he performs?

5. Is he in receipt of a yearly, monthly or weekly salary or is he employed on a fee or commission basis?

6. Is he a British subject and, if not, of what country is he a national?

7. What is the total amount he has received, (a) in salary, fees or commissions, and (b) for travelling expenses from the date of his appointment to his present position to the present date?

8. Before he was employed in this present position what steps, if any, were taken by the national film board or its officers to ascertain whether any Canadian-born British subject with appropriate qualifications and experience was available to fill the position now occupied by Mr. Jacoby?

9. On whose recommendation was Mr. Jacoby appointed to his present position, and was the approval of the national film board sought prior to his appointment?

10. Was the position now filled by Mr. Jacoby established with the approval of treasury board prior to his appointment?

11. At any time, was Irving Jacoby associated directly or indirectly with the Film Centre, London, England, while the present government film commissioner was chairman of that organization?

12. Is he now associated with an organization in New York city known as the American Film Centre?

14. Is the present government film commissioner associated in any capacity with that organization?

2. Film producer and liaison officer in respect of groups of films produced by the national film board, which require assistance and cooperation with United States organizations in New York.

S. None. Mr. Jacoby's wide experience in documentary film production and his intimate knowledge of personalities and of production, distribution and equipment companies in New York make him of invaluable assistance to the national film board. His previous production experience on behalf of the national film board at the Canadian government motion picture bureau between December, 1939, and July, 1940, familiarized him with Canadian needs and methods. The post he fills is one which requires a familiarity with persons and organizations, private and governmental, in New York which only one long active in the film field in New York could be expected to possess.

9. (a) Government film commissioner; (b)

Mr. Speaker, in order that the matters to which I wish to refer may be in proper sequence, I should like to file and have inserted in Hansard answers to certain questions which were put to me by the hon.

member for Lake Centre (Mr. Diefenbaker) on May 12, at pages 2357 and 2358 of Hansard during the course of the discussion on the war appropriation bill. Copy of these replies has been handed to the hon. member for Lake Centre, and I may say that he has no objection to the questions and answers being placed on Hansard.. It is a long series of questions which were put to me, and I undertook to reply to them. I think it would be just as well if they could be placed on Hansard in the section dealing with questions and answers.