Is the hon. member referring to the eight days from receipt of notice?

No. Sometimes these men get called up before they realize their rights in -the situation. Some men have been granted their postponement on condition that they enrol in the reserve army. That was the procedure.

I have not heard of any such case.

That was common procedure in Saskatchewan for some time.

I have not heard of such a case.

I shall be glad to give the cases to the minister.

That was the thirty-day training.

This man was granted postponement from service conditional upon his enrolling in the reserve army.

If he made up his thirty days by enrolling in the reserve army, he would be exempted from the thirty-day training.

This was a postponement granted this year.

I have not heard of any such case, and I would be interested in having the particulars. 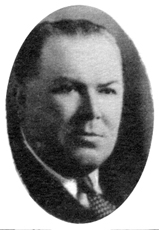 It is quite common.

It was quite common in Saskatchewan. I know that there is a regulation form put up. This was printed in red ink at the bottom, -that this postponement is granted conditional to the person who has been granted the postponement enrolling in the reserve army. I am not complaining of it. But that immediately takes the matter of an appeal or an application for further postponement out of the hands of the local board. Then the man, if he wishes to obtain postponement, must apply, I understand, according to the regulations, -to his commanding officer within three months of the time he enrols. Then his application goes in front of his commanding officer. In case a man has enrolled or enlisted in the army he is granted three months, is he not, from the time he enlists, in which he can make further application for postponement or another hearing? A long enough period should be granted to each man so that he will have time to place his application before the proper authority.

These are -the suggestions I offer to the minister.

I thank the hon. member for his suggestions. I was going to deal with the more important amendments, and there is just one other in which I think hon. members will be interested. When persons were found to be conscientious objectors or Mennonites or Doukhobors, the boards had power to direct these persons to alternative service in substitution of the military service to which, on religious grounds, they objected. Originally that alternative service was limited to four months, by reason of the fact that that was the regulation at the time the four months training was put into effect for men who were called up. Recently we amended the regulations and made the alternative service of conscientious objectors of the same duration as military service.

For the duration of the war, that is?

For the duration of the war, so that with regard to persons who take objection to military service on the grounds of being Mennonites or Doukhobors or conscientious objectors within the meaning of the regulations, if their contentions are maintained, their military training is postponed and they may be directed to alternative service for the duration of the war. Recently I entered into an agreement with the minister of lands of

British Columbia under which a very large number of conscientious objectors will be doing, in lieu of military service, alternative service of an important national character, namely the prevention of forest fires in that province.

Would the minister give the approximate number?

We have undertaken to send to British Columbia up to a thousand of these conscientious objectors, provided they are available.

On what basis will they be paid?

They will be paid on the same basis that they have been paid for the alternative service. My recollection is t'hat they got fifty cents a day.