advanced in committee suggesting that the change be made?

It is purely legal.

Section agreed to. On section 16-Provisions of agreement.

They could be mentioned and corrected by the clerk, without formal motion.

Then that is agreed.

In section 16 paragraph (c) I find these words:

(c) Each such mortgage held by the member company will be adjusted by deducting from the total amount owing on the mortgage account all arrears of interest in excess of an amount equal to two years' interest.

Of the old rate. 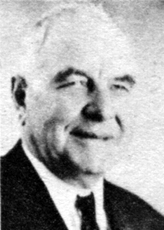 Mr. Chairman, paragraph (f) of section 16 providing that the rate of interest on farm mortgages shall not exceed 5 per cent grants every farmer all the assistance required. I do not wish to criticize this

measure, yet it seems to me that we are neglecting the urban property owners who have been facing serious difficulties for many years, ever since their properties stopped yielding any income. During the last ten years, a great many of them have lost their properties because the expenditures and taxes and interest they had to bear far exceeded the income derived from these properties. However, the government have never considered the granting of assistance to urban property owners. These owners laboured and saved for twenty or thirty years in order to accumulate $1,000 or $2,000 with which to purchase a piece of mortgaged property, but the interest rates and taxes were so high that they eventually lost the fruit of their twenty or thirty years of hard work.

The setting of interest rates at such a high level will certainly not stimulate the building trades, although we have reached the point where we shall soon lack housing accommodation. Whenever a property owner asks for a loan, he is prompted by the sole desire to retain his property and to avoid losing it. The lender himself wishes to invest his capital in such a wp.y that it will yield him an income. Since the property owner wishes to retain possession of his property, and the lender has no other desire than to obtain the return of his investment, it is not to the latter's advantage to loan money at such a high rate of interest that he will be forced, sooner or later, to take over the property in payment of his mortgage. It is better for the lender to invest his money at 5 per cent, to collect the interest regularly and to recover the principal at maturity. In that way, the property owner as well as the lender will be better off.

The government should consequently amend this bill so as to set a rate of 5 per cent for the interest on housing loans as is done in the case of land loans in this bill and as was done under the National Housing Act.

If the interest rate were reduced, property owners would be in a position to repay every year part of the amount borrowed and they could keep their properties. Urban

property owners should now be shown some consideration and the government ought to help them.

Legislation has been passed in order to promote the building of houses, but urban property-owners are being ignored. This bill is not calculated to stimulate the building trade. The interest rate and the costs should first be reduced if property owners are to keep their houses and build others. Every form of government help has been extended to farmers; there have been bonuses and in connection with wheat alone the dominion has paid out millions of dollars. I am in favour of that but I demand similar concessions on behalf of urban property owners. It has never occurred to the government to guarantee property rentals, as they did in connection with a minimum price on wheat, a course which entailed the expenditure of considerable sums of money. When city owners lose their property they are no better off than farmers who sell their wheat at a low price. However, the government have never contemplated helping urban owners who are losing properties every year. The government could help them in reducing to 5 per cent the rate of interest, as I suggested this morning to the minister of finance.

The minister gave an example of a person who had a mortgage on a $5,000 home and was in arrears with his interest payments for three years. He stated that according to the bill eighty per

cent of the original mortgage would be the amount which would then become the principal.

That would be, of

course, one of the advantages which the man would receive, in addition to what he would receive by the foregoing of one year's interest. Two years' interest would, of course, remain payable.

Well, if he owed more

Yes, it might be three or four years. But after he has received those benefits, suppose the force of circumstances prevented him from making subsequent payments, what would be the procedure then? Does it necessarily follow that the urban home owner would be likely to lose his property to the mortgage company as a result of not being able to make his payments even though he has received all these advantages? Is the way open for immediate foreclosure proceedings on the part of the company?

The intention would be to have the ordinary law of contract apply with respect to the new contracts entered into. We cannot project ourselves sufficiently into the future to be able to deal with cases of individual hardship which may arise after a borrower has received all that we can convey to him under this legislation.

What is the rate that a

borrower under the Dominion Housing Act has to pay to-day?

Under the Dominion Housing Act, five per cent.