It is my opinion that by building a dam across the Richelieu south of Chambly the canal could be kept in the river, the same as is 'being done south of Fryer's island. That would be the more sensible way to do it.

Would the minister give an estimate as to the cost of the reconstruction of the Chambly canal, or the improvement of navigation facilities, between the two points mentioned by the hon. member who has just spoken? Would it be more expensive to have the navigation in the river, or to rebuild the Chambly canal? What would be the estimated cost?

WThen the question was raised about two years ago I was given a figure as to the cost of reconstruction of the Chambly canal, and the figure given to me at that time was in the vicinity of $7,000,000. Of course that expenditure, if I remember correctly, included the construction of the whole twelve miles of canal. It may be that with the construction of only five or six miles the cost would not be as great. No definite estimate has been made as to that. However, with the construction of the dam I believe we could dispense with half of that canal, and instead of having a canal twelve miles long it would be only about six miles. I imagine the cost of reconstructing a canal to provide for a depth of twelve feet would be about half the amount mentioned to me. Of course we can make only a rough guess, because no definite estimate has been made. I would imagine however that it would be in the vicinity of $5,000,000, and that construction would provide for a twelve foot depth between the St. Lawrence river and lake Champlain.

Between the St. Lawrence river and New York city.

I am not yet clear as to whether it is the intention of the department, when it proceeds with the building of a canal between Fryer's island and Chambly basin, to follow the west side of the river,

It would be less expensive to use whatever works exist on the west side of the river.

That would be a small canal.

Yes, but my information is that it would be less expensive. The suggestion has been made that we should have the canal on the east side of the river instead of the west side. However, those points have not yet been cleared up or discussed in detail. 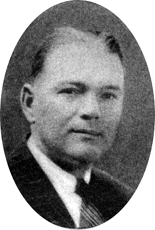 schemes entirely federal matters, or are the operations carried on in conjunction with provincial governments?

Strictly speaking, this is work which comes more directly under provincial jurisdiction, but in many instances in the past the federal government has contributed small amounts of money to help the provinces defray drainage costs, and has paid money for those purposes out of the federal treasury. There is no doubt that most of the money will be spent on projects to which the provinces will contribute.

Does that refer to the work in the Lacolle river?

No; it is a different item.

What is the purpose of the dredging in the Lacolle river?

It is a drainage proposal to which the province contributes a like amount.

I find an item for $100,000 for dredging from St. Johns to lake Champlain. Is that part of the same scheme we have been discussing?

Yes; this amount is to provide for dredging from a point south of the town of St. Johns to the boundary. The water is very low at that point, and only vessels of five and a half foot draught can go through. In reality this is part of the whole project. 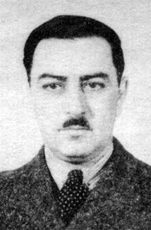 I am sure the minister is anxious to give information as to the expenditure of $250,000 for harbour improvements at Sorel. No doubt this expenditure is for a very worthy purpose, but perhaps the minister will tell the committee exactly what is being done.

The larger part of the amount is to pay the contractor who has undertaken to reinforce the wharf upon which the elevator has been built. The wharf was threatening to fall into the river, and the engineers decided that reinforcement was necessary. There was a vote last year for this purpose, and most of the amount we now ask will be applied on the balance due to the contractor. In addition there is an expenditure of about $25,000 or $30,000 for the reconstruction of what is commonly called the Morgan wharf, which is in a dilapidated state; in fact there is practically no wharf at all. It is an old wharf and the wood has decayed, and generally it is in a dangerous condition. We have provided in this vote $250,000 to rebuild the wharf. Most of the amount represents the balance due to the Foundation Company for the reinforcing of the wharf. I was glad to hear my hon. friend mention the importance of the port of Sorel. It is no burden ,on the country because, if my memory serves me, the net revenue from the operation of the harbour last year was about $85,000. The project is quite justified.