I am speaking of the

calendar year, and I am giving the figures supplied by the washing machine industry.

In 1938, 16,914 machines were imported. Certainly there must have been a considerable reduction in employment.

Now, give us our own

export figures, and that will demonstrate my hon. friend's point.

I know they increased.

It has been suggested that there is such a duty on washing machines that they are being sold at an excessive price in Canada. The hon. member for Kootenay East quoted figures which indicated that companies in the United States had lost money. I believe if that point were followed out he would find that, generally speaking, the washing machine companies in Canada also lost money last year. There might be an exception here and there, but, generally speaking, the washing machine industry last year was not productive of profit. There are a considerable number of companies in Canada making washing machines, so that there is a good deal of competition in our own country. There is competition among the companies themselves, and that naturally keeps the price down. No company in Canada has what one might call a monopoly.

It has been suggested by several hon. members that this matter should be referred to the tariff board. My opinion is that at the present time we must give industry confidence. We should let them know that they are going to be allowed to carry on their business, without too much interference from governments or other authorities. I would say that this great industry is not one which should be scrutinized by any board. It should be

given an opportunity to conduct its business free, from interference. If that is done I am satisfied that the people will get their washing machines at a fair price.

It has been said that we want to get washing machines as cheaply as possible, and I agree with that; the women on the farms and the mothers and housewives in our cities should get these machines as cheaply as possible. But if we are going to destroy this industry, if it is put out of business and all these machines are to be brought in from a foreign country, I ask where the husbands of the housewives are going to get the money with which to buy them? I submit that we must consider the whole question of industry. Are we going to encourage industry in this country or are we going to destroy industry and create more unemployment? Our one thought should be to be fair to all, to give our housewives whether living in the city or on the farm, washing machines at a fair price; 'but at the same time we should protect this industry and keep our working men at work.

I want to congratulate my hon. friend (Mr. Macdonald), who is a neighbour of mine, upon his protectionist speech. Every time an item in this trade treaty is discussed and hon. members refer to the price they have to pay, they refer to the retail price. Member after member has risen to condemn industry. Our manufacturers have 'been called profiteers and hon. members complain of the high prices they have to pay for commodities. But it is not industry that is making the money out of these things. Take washing machines, for instance. If you follow the price of a washing machine from the factory until it reaches the consumer you will find that thirty, thirty-five, forty and forty-five per cent has been added to the price received by the manufacturer. Surely it would be better to spend our time in trying to work out some method of cutting down the cost of distribution in this country than to criticize industry day after day as it has been criticized. I agree with the hon. member for Brantford, when he says that industry should have some assurance that it will not be continually interfered with. Industry certainly has no such assurance now.

The minister said that exports had increased five times and that there had been a tremendous increase in the imports. Would all these exports be of Canadian manufacture, or would some be imported and then exported? 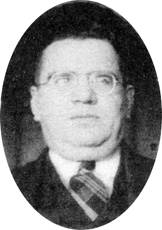 What is the rate of duty on these items entering the United States?

The hon. member is referring to road building machinery?

Yes. Could the minister also give the Canadian imports?

What would be the value of machinery of this type, otherwise provided for, produced in Canada? I mean all other kinds that are made in Canada.

There is no production of this item in Canada.

I know that. But there are items of this type which are made in Canada.

There is no specific item which covers the same range of articles produced in Canada as is covered by this item. They would be distributed over possibly half a dozen different items in our tariff schedule. I regret I have not the precise information covering the Canadian production.

Would it be safe to assume that the tariff duty is higher on the class of goods which are made in Canada?

Could the minister give us the imports and exports of items 427 and 427a, which I think go together?