When I deal with any

resolution of this house I do not need to go to the hon. member for Vancouver-Burrard or anyone else to ask what it is. This resolution speaks for itself. Certainly some of our party got up in the committee and objected on account of the expense. I do not know what the others did. I object on account of the expense-not that it would amount to very much; members of parliament have their passes, so that their expense accounts would not be very large. I submit that if any hon. member wants to visit that plant on Saturday morning he should pay his own way. I do not think this country should have to pay one dollar of expense for a futile visit of this kind. I certainly hope that none of the members behind me will take advantage of this motion to the extent of even one dollar for expenses in connection with this trip. I say this, which is really all I have to say: The whole proposal to visit this plant is ridiculous.

I tried to think out what the purpose of this visit to Toronto could be, and the only conclusion I could come to was that it was a sort of smoke screen, to enable the committee to go up there and then come back and say: "Here is a fine industrial plant." Nobody questions that; I do not know whether it is or not, but I do not question that. It has no bearing at all on the Bren gun debate, which had nothing to do with the plant as it exists to-day. The debate had reference to the plant which was taken over by Major Hahn. It was a boiler plant at that time, and had been closed down-a plant which was not fit at the time the contract was let to produce munitions, as compared with other precision steel plants throughout the dominion which might have been in much better shape to produce the Bren gun. The past debate on the Bren gun had nothing whatever to do with the position of the Inglis plant to-day.

Now it is proposed to have this trip to Toronto, by fifty members of parliament, practically none of whom is an industrialist. One or two members may have sufficient engineering ability to judge a little better than the others, but I should think that forty-five out of the fifty members of that committee have had no industrial training to fit them to judge that plant or what it is doing. This whole proposal. I repeat, is not only ridiculous but is an imposition on the Dominion of Canada if one dollar is charged for the trip. I see no reason, by the way, if individual members wish to go to Toronto and look over the plant for their not doing so. It is interesting to see industrial plants, whether you understand them or not, and frankly, I really understand very little about them. But as to the government paying out money for this trip, and as to the trip serving any useful purpose, I say it is simply out of the question, absolutely and entirely. 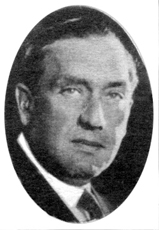 Mr Speaker, as I happen to be the member who moved that the public accounts committee proceed to Toronto for the purpose of inspecting this plant, and as there have been questions asked by some of the speakers as to what the motive was, may I tell this house just what prompted me to propose that motion?

that this was a broken-down old boiler plant which the government had got hold of, and that fortunes of money were going to be thrown into this broken-down old boiler plant; that the people who owned the plant and were parties to the Bren gun contract knew nothing about the manufacture of munitions, that they had had no experience in the administration of a large industry; when I was told that Major Hahn, who apparently was a prime mover acting for the Inglis company, had formerly been in the radio business, I felt that it was most important to members of the committee-'

On a point of order, Mr. Speaker, I submit the hon. member is not discussing the resolution at all.

Of course he is.

I understand that the hon. member is giving the reasons why he made his motion.

For the reasons I have just mentioned, Mr. Speaker, I felt it was of the utmost importance to the members of the committee who were called upon to judge so important a matter as the Bren gun contract that they should have the opportunity of proceeding to Toronto and seeing for themselves whether this was a broken-down old boiler plant and whether the people connected with that institution knew anything about the building of the plant.

Apparently, from what hon.. gentlemen opposite have told us to-day, they do not want to proceed to Toronto because so many improvements have been made in the plant. But I want to proceed to Toronto, Mr. Speaker, to see if this contract is being carried out properly, because it is just as important to the citizens of Canada to know that the contract is being carried out properly as it is to know whether the contract was a fit and proper one to make at the time it was entered into. My motive in making the motion before the committee was to give every member of the committee an opportunity of inspecting the plant. Even though I know nothing about munitions, know nothing about engineering, know nothing about manufacturing plants, I do know enough to be able to understand whether a plant is a broken-down old boiler plant or a plant in which such materials as are required for the Bren gun may be properly manufactured, particularly when later on, after inspecting the plant, I shall be in a position to examine or cross-examine some of the witnesses who come before the com-

mittee, for the purpose of eliciting such technical details as we may require to supplement our own observations.

But, Mr. Speaker, there is an additional reason why I believe it is necessary that the members of the public accounts committee visit this plant. The members of the public accounts committee investigating the Bren gun contract have a most important duty to perform. As was mentioned in the committee the other day by the hon. member for Lotbiniere (Mr. Francoeur), when he read an extract from some dispatches that came through from England, the British government are 'being asked questions on the floor of the house regarding this very contract, and so it is of interest not only to the people of Canada but to the entire British population to know whether this plant is equipped to carry out such contracts as may be entrusted to it by the British government or by other nations in times such as these.

I did not really intend to speak on this matter, because I thought the motion would pass in the ordinary course; but in view of . the discussion, and seeing that I was guilty of having made the motion in the committee, I felt it my duty to say what I have just said.

Mr. Speaker, it is difficult to understand the reasoning of hon. gentlemen who oppose the visit to examine this plant on a Saturday when the house is not in session, and under circumstances which will enable them to return to their parliamentary duties on Monday or even to return on the Sabbath for such observances as they wish to carry out in this city.

The hon. leader of the opposition (Mr. Manion) is running true to form in the attitude he takes with regard to this proposal.

Let me give what is to my mind the most important reason why the members of the public accounts committee should visit this plant in operation as it now is. They will walk through it, talk with the workmen, see the fine precision tools that are set up there, study the methods that are being carried out, and ascertain from Mr. Gillespie, the Lee-Enfield expert who is there in charge, as I had the privilege of doing a couple of weeks ago, whether or not this plant is efficient and up to the minute and able to carry out every obligation the company undertook; whether in view of its contract to supply 5,000 guns to the British war office and 7,000 guns to us, it is a plant which according to the doctrine and policy of George Drew and the leader of the opposition and his followers ought, according to Drew, to be closed down, and ought, according to the leader of the opposition, to have its contract cancelled. That is the

important reason why the members of this committee ought to visit the plant. At this stage of the empire's need, when only yesterday in Great Britain we find it put in this way, referring to Hitler's recent march-and may I digress to deal with an expression-

of the hon. member for Grey-Bruee (Miss Macphail)-and surely she was not serious-that there is no need to manufacture guns, because all that an aggressor has to do is to march into another country and take peaceful possession of it.

Order. The hon. member will stick to the motion and the amendment before the house.

I bow to your ruling, Mr. Speaker. But if the hon. member thinks that Hitler's march was made without the rattle of guns- and other artillery and machinery, she is very much mistaken.

Is that how the hon. member bows to a ruling?

In Great Britain within twenty-four hours the issue was put in this way: henceforth the world and nazi Germany-

Will the hon. gentleman permit me? I do not suppose he wishes to misquote me. I did not propose the closing down of the plant. What I proposed was the cancellation of the contract and the taking over of the plant, the' expropriation of it by the government, the government to carry on the work.

Well, we must take the picture that we got from George Drew, who from the day he published his slanderous article demanding the closing of the plant, has continued to demand it. The leader of the opposition now desires to cancel the contract and to have us wend our way through expropriation proceedings which will last the next few months, although, when we read

what happened in England yesterday, we find that the armament race is being speeded up throughout the British empire with all possible rapidity. It is really a simple matter. Why put bandages over the eyes of the committee and refuse to spend a Saturday looking at the plant? When there is a bad case afoot, nobody wants you to see what it is all about. When there is an endeavour to cancel the contract, nobody wants, as one hon. gentleman says, to have the jury see whether the contract is being efficiently carried out in an up-to-date plant, or whether the slanderous imputations which have been circulated have any truth in them. No worse deception was ever practised than the photograph which my hon. friends are still trying to perpetuate, as a misleading idea in the public prints as to what this plant consists of. That impossible photograph taken from the railroad tracks at the rear of one of the buildings, giving as disreputable an appearance as possible to that plant, is in itself a reason why it should be demonstrated to be one of the greatest political frauds practised upon the people of the Dominion of Canada. If the computation of which we read is correct, the time occupied by hon. gentlemen on the other side of the house has probably eaten up more than the $400 which is suggested as an outside figure it would have cost this committee to go and view this plant.