I desire to direct a question to the Prime Minister (Mr. Mackenzie King). Has the Air Defence Council of Canada communicated with the Prime Minister requesting the resignation of the Minister of National Defence (Mr. Mackenzie) because of unsatisfactory conditions with regard to air defence, as reported in the Winnipeg Free Press of March 10 in a news dispatch over the signature of Major Moore?

I submit that is not a question which should be asked on the orders of the day, nor do I think it is a question that requires an answer. I would however say to my hon. friend that I have had no communication of the kind mentioned, and if I had I would answer it pretty sharply.

but not gainfully; there is a distinction.

they are not idle.

No. They are employed, but they are not paid. 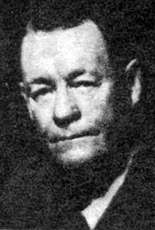 I would suggest to the minister that I know they get their living on the farms.

cannot be any question with regard to the danger-and I use that word advisedly-of having gross exaggerations of the unemployment situation spread about this and other countries in such terms as I have just described. If newspaper editors wish to criticize those charged with responsibility for unemployment and relief, they are perfectly free to do so. I do not want it to be thought for one minute that in what I have said just now I take the slightest objection to criticism of policy. But I do take the ground very strongly that one cannot separate freedom from responsibility, and I suggest that those who write these editorials or who use these figures ought, before they are published, to take some reasonable care. If they do not use the official figures, then they might very well provide in the article itself the source of the information they have obtained.

Have we any official source?

So far as criticism is concerned, may I say that I would think the millennium had come if newspaper editors refrained from criticism.

Has the minister any figures to give us?

Yes. I will proceed to that presently, if my hon. friend will just be patient.

Freedom of criticism does not imply the right to misrepresent and distort facts upon which complaints are based. To do so is not an attack on governments; in effect, it is an attack on the country. Its result cannot be otherwise than to undermine confidence

As I said a moment ago, I shall now turn to the latest available figures on unemployment and relief, from the national registration.

I shall place these figures before the house; and after having done so, I am going to make some comparisons between the totals of the various classifications this year and this month, and in previous years.

Preliminary figures showed that the grand total of all classes of persons on urban and agricultural aid in January was 978,000, an increase of almost eight per cent over the December figure, as revised to date, but 3-7 per cent less than in January, 1938. The dominion total of unemployed but fully employable persons on aid in January of this year was 180,000. representing an increase of eleven per cent from the December total of 162,000. The figure for January of this year represented an increase of nearly seven per cent over that for January a year ago. A total of 662,000 persons were receiving nonagricultural aid in January of this year, or 9J per cent more than in the previous month. This category includes all totally unemployable, partly employable and fully employable persons, together with all dependents and family heads. This aggregate shows a net increase of about five per cent from the figure for January, 1938.

Although unemployed persons receiving aid showed, as usual, a seasonal increase from December to January, and brought the January total above that of the same month in 1938, the grand total of persons of all classes in receipt of aid showed a decrease from the year before. The number of farmers and members of their families in receipt of agricultural aid continues to show a decline from the year before. Some 67,000 farmers who, together with their dependents, account for a farm population of 316,000, were reported as receiving agricultural aid for subsistence in January. Of these persons 270,500 were located in Saskatchewan alone. The dominion total on agricultural aid, while up 4-3 per cent in January over December's revised figure, was almost eighteen per cent less than in January, 1938. The January total of farmers and their families on aid in Saskatchewan, while continuing to hold the improvement over the total a year ago, increased by three per cent over the total for December, 1938, but was still more than nineteen per cent lower than in January a year ago.

Is the minister in a position to give the house the number who at present are unemployed and not on relief?

Well, Mr. Speaker, this matter has been discussed time and again in the house-

It is very important.

I shall be pleased indeed to take note of the question of my hon. friend, but all that we have with respect to the number of those unemployed is, as he well knows, an estimate which is prepared on an index basis by the bureau of statistics, and which is made available from month to month.