I desire to present a petition signed by H. R. Boulton and 121 other officers, chief petty officers and petty officers of the vessels of the various branches of the dominion government service on the Pacific coast. The preamble states that these officers desire to express their loyalty to the service, and their desire to continue in it, but that they are handicapped by the conditions of their service which force them to maintain two homes. This makes it impossible for them to make provision for superannuation. They point out that the service would be greatly improved if men were encouraged by such a system to join the service and make it a permanent life job. The preamble reads:

Wherefore, your petitioners humbly pray that your honourable house may be pleased to pass legislation allowing us to come under the Superannuation Act.

Mr. Speaker, I rise to a question of privilege. Standing order 16, citation 158, of Beau-chesne's Parliamentary Rules and Forms reads:

In the commons, on the 12th April, 1733, and on the 1st June, 1780, it was resolved that it was a high infringement of the privilege of the house, a crime and misdemeanour, to assault, insult or menace any member of the house, in his coming or going from the house, or upon the account of his behaviour in parliament; or to endeavour to compel members to declare themselves in favour of or against any proposition then depending, or expected to be brought before the house.

Last evening I was informed by an hon. member of this house that he had been requested by an official with some responsibility to the house to advise me to this effect: that if I persisted in proceeding with the motion

of which I have given notice to refer the Bren gun contract to the public accounts committee certain information relating to the administration of a veterans' organization in 1925 might be published in a manner that would cause me humiliation and reflect upon my personal honour. At the same time inquiries were directed to me by a number of hon. members and representatives of the press with regard to a report in circulation that I had withdrawn the notice of motion standing in my name. Under the authority I have quoted I therefore claim the right to exercise my privileges on two points.

1. The officers of the organization concerned and public servants in possession of the facts assure me that all the evidence relating to the matter referred to can be made available for such inquiry as may be deemed necessary. I would welcome and facilitate such inquiry even though I was not at the time responsible to the house and was upheld in my actions by the organization to which I was directly responsible.

2. In the performance of my duties as a member of the house, I will not submit to what I consider to be intimidation of this nature and regard it as a violation of my privileges and rights and a contravention of the rules and usages of parliament. I intend to proceed with my motion at the appropriate time and in accordance with the rules of this house.

As the hon. member has

made mention of an official of this house who it is alleged has made certain statements which the hon. member makes the ground for his citing of the rule of privilege, I wish he would give me the name of that official. As leader of the house I should like to know it.

I shall be very glad to

place that information in the possession of the Prime Minister.

QUESTION OF RESPONSIBILITY FOR ENFORCEMENT ON MANITOULIN ISLAND 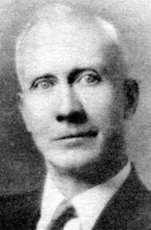 the Minister of Justice (Mr. Lapointe) what is the stand of the government in regard to the enforcement of the Canada Temperance Act on Manitoulin Island, having regard to

the fact that the provincial government refuses to enforce it, claiming that it is a federal act and not part of the criminal code.

gave me notice of his question and I have prepared the following answer:

The provisions of the Canada Temperance Act, since its first enactment in 1878, have never been enforced by the dominion. On the contrary they have been enforced by provincial or local authorities until the present instance involving Manitoulin Island. Of course, it is not desirable that the dominion should intrude upon a field occupied by the province.

The Canada Temperance Act is not distinguishable from other public statutes of Canada, such as the criminal code, the Lord's Day Act and the Juvenile Delinquents Act, the enforcement of which is carried out by provincial or local authorities in virtue of section 92(14) of the British North America Act-administration of justice in the province.

Mr. Justice Street of the Queen's Bench division of the Supreme Court of Ontario stated in Regina v. Bush, 15 Ontario Reports, 398, at pages 403 and 404, in effect, that subject to certain limitations upon its scope section 92(14) has effect to confer upon the provincial legislatures the right to, regulate and to provide for the whole machinery connected with the administration of justice in the provinces including the appointment, except judges, of all officers requisite for the proper administration of justice in its widest sense, reserving only the procedure in criminal matters.

Further, I do not think it can be denied that public order locally is, generally, maintained by provincial or local authorities.

With regard to the question as to whether or not the Canada Temperance Act is part of the criminal code, I think it is obvious that the said act is not part of the criminal code, but the prohibitions therein contained do, however, constitute criminal offences as indicated by Sir Montague E. Smith in delivering the judgment of the privy council in Russell v. The Queen, 7 Appeal Cases, 829. At page 835 he said:

The effect of the act when brought into force in any county or town within the dominion is describing it generally, to prohibit the sale of intoxicating liquors, except in wholesale quantities, or for certain specified purposes, to regulate the traffic in the excepted eases, and to make sales of liquors in violation of the prohibition and regulations contained in the act criminal offences, punishable by fine, and for the third or subsequent offence by imprisonment.

In view of the above, my answer to the question submitted is that the responsibility for the enforcement of the Canada Temperance Act on Manitoulin Island does not rest upon the dominion.

I earnestly hope that ways will be found through cooperation within the limit of existing constitutional jurisdictions to cope with the situation described by the hon. member.

Mr. Speaker, I should like to direct a question to the Minister of National Revenue (Mr. Ilsley). The Toronto Globe and Mail this morning carries a front page headline and news column to the effect that the Ontario health authorities have discovered deadly anthrax germs in some eighteen Japanese imported brushes, about which I asked a question in the house last Thursday. The newspaper goes on to state that the Hon. Harold J. Kirby, Ontario minister of health, has requested the federal government to ban importation of the type of Japanese brush involved. Will the minister assure the house that the necessary steps are being taken properly and effectively to carry out this request?

Mr. Speaker, I do not know anything about the newspaper story to which the hon. member has referred, and he has given me no notice of his question. I shall look into the matter, and if a further answer is necessary I shall gladly give it.

Mr. Speaker, perhaps I can answer the question, because it comes to some extent under the jurisdiction of the Department of Pensions and National Health. We received the news yesterday that some of the Japanese shaving brushes had been found to be infected by anthrax spores, and immediately an order in council was prepared-it is now before council and will in all probability be passed within a few days,-which will in future effectively exclude from this country any articles of that nature.

INQUIRY AS TO REPORT ON REFERENCE RESPECTING VEGETABLE OILS