1. What amount has been contributed by the federal government, since 1930, towards the construction of arterial highways in British Columbia, giving each year separately, and showing: (a) number and names of projects; (b) how much to each project per year?

2. What amount has been contributed by the federal government, since 1930, towards the construction of mining roads, trails and bridges in British Columbia, showing each year separately, and: (a) number and names of projects; (b) how much to each project per year? 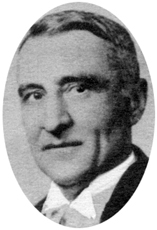 1. Did the dominion government contribute to the cost of straightening and rebuilding that portion of the trans-Canada highway between Berthierville and Three Rivers, and to the cost of eliminating the railway crossings on that section ?

2. What total amount was paid to date by the dominion government for the project, and what other payments, if any, may be expected in the future from the said government in relation thereto ?

3. When were such works started, when were they concluded, by whom were they performed, and at what total cost?

4. Was the project performed under a definite price contract awarded after public and regular call for tenders?

5. If so, in what newspapers were such calls for tenders published, and what persons or corporations tendered?

6. Was the contract approved by the dominion government? If so, in what way, and upon the report of what officer?

7. When were the plans for the said project completed by the Quebec highway department, and on what dates, if any, were requests made by the provincial government of Quebec to the dominion government in connection with the said project?

8. What amount was contributed by the dominion government to the provincial government of Quebec for the improvements of the trans-Canada highway between August 7, 1930, and October 23, 1935?

1. What companies have been exempted from corporation tax under the provisions of part XIII of the Income War Tax Act which came into force on May 1, 1936?

2. In respect of what mine or mines have each of the said companies qualified for such exemption?

3. Which of such mines have been classified as new, and which as old mines?

4. In what provinces are the different mines located ?

5. What certificates have been issued stating a date upon which a mine is deemed to have come into production under the terms of the said part XIII?

6. What fiscal periods during which income derived from any such mine is exempt from corporation tax have been established in the respective certificates issued?

1. What royal commissions have been appointed by the government of Canada since January 1, 1900?

2. What was the cost of each commission?

3. What was the subject matter investigated by each commission ?

GRAIN HANDLING AT QUEBEC AND MONTREAL- REQUEST FOR TABLING OF DOCUMENTS RESPECTING HANDLING, RATES AND ADMINISTRATION

For a copy of a letter written by Mr. Roberts, a member of the national harbours board, to Mr. Kaiser of the Louis Dreyfus Company of New York and dated April, 1938, and of a memo attached thereto setting forth an understanding regarding certain reductions of rates for the handling of grain through the port of Quebec.

I desire to oppose this motion, but as it is not debatable under the rules I am unable to state my reasons for opposing it. I therefore ask that it be transferred to notices of motions.