-that it is infinitely better that we should deal with this question frankly and openly. I told my right hon. friend when he first brought it up-and he will agree with me in this-that so far as these relief works are concerned, there is a clause providing against political discrimination, and I am for the observance of that. It is my duty and my inclination. So far as these other appointments are concerned, while they remain outside the civil service I have accepted the recommendations of my executive; and I doubt if there is another member of this house, whose party has been in power, including the right hon. the leader of the opposition, who has not done precisely the same thing. I think that should be understood distinctly while we are discussing this question.

I was careful enough

when I first spoke of this matter to point out that I was not hypocrite enough to say that those who desire to deal with patronage in the ordinary sense had a right to do so. The minister has merely repeated what I said. I made that exception. I made it in his favour because I realized just what the situation was. But I might remind the minister that it is a little unfortunate that my own party friends have blamed me because they said I did not, when I had the right to exercise certain appointing powers, select sufficiently strong partisans. 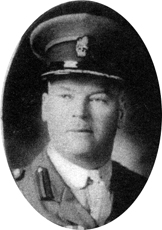 You did pretty well.

That is a common complaint.

That has been the complaint of my own friends.

Your record will stand on that.

Yes, indeed it will. I am happy to say it will. Men with fitness were appointed, and not men whose great claim

was that they had political pull. I will say that right away. With respect to the appointment of judges may I say that I notice in England they have the habit of discussing in the public press the fitness of men for positions. One great appointment was discussed at great length, even in the columns of the Times itself. I am prepared to discuss every judicial appointment that was made during the time I held office.

I am bound to say that is not so with respect to judicial appointments, and complaints were made on that account by my own political friends.

With respect to high diplomatic posts there remained in office at Paris and Tokyo two gentlemen both of whom had been violent opponents of the Conservative party. And if my hon. friend will remember what the Minister of Justice said last session, he will understand why that right hon. gentleman at least would have recalled one of those men, had he been similarly situated, and the gentleman had been his political opponent.

But what I complained about was the ordinary-I used the word " casual "-appointments. I was not concerned with those which are beyond the civil service commission.

If my right hon. friend would permit me on that-

It was not the minister who made the recommendation; but my point was that on the records of this house occur six or eight times, one after the other, the answer to the question, "On whose recommendation"? was "A. E. Stansbury."

I would remind my right hon. friend that the president of his association in Kingston did precisely the same thing.

I do not know how long the practice has been established.

But he did mot make a recommendation to the government. He made them through his member, it may well be; bult the answers to the questions asked in this house as to the source of the recommendations were, not the Minister of Labour, or the hon. member for Kingston, but that Ithe recommendations had come from A. E. Stansbury, who turned out to be president of the Liberal association.

The ministry should accept the responsibility, as I understand it always has, since the earliest days of this country. What I was referring to in that particular case was the fitness of one man who found employment, was appointed on October 1, and spent the nights of the third and fourth in gaol for impersonating an elector in Ithe provincial elections. That is what I was talking about.

Of whom I had no knowledge whatever.

It was in the newspapers.

The name of the appointee was there. The name of the recommender, Stansbury, was there. He was an impersonator, came in and impersonated another man at an election, and was taken and locked up. So far as the records show, he is still in the public service. I believe he is wearing Ithe uniform of the country at the present time, if he has gone to the branch of the service to which he was destined. That, I say, is where a recommendation coming from an outside individual, and not a member of parliament or a minister, is wrong. I am quite content that casual appointments be made by a minister, and I have made it quite clear that I have no objections to that practice. I am content that recommendations be made by a member of parliament in regard to casual appointments not within the civil service. I am content with respect to matters other than relief work. But on relief work there is one consideration only, and that is, "Has a man a job?" If he has not a job, and there is work to be had., he should have it, regardless of what his affiliations may be, have been, or anything else. There is only the necessity for a job. That is whiat relief is for; it is not to apply to a preferred class.

It was rather unworthy of the minister to talk about prerogative and patronage, rich and poor, when men have gone so far that

they do not know where they will get their next day's bread, and are unable to get a job because they are not members of a certain political party and cannot command the support and the recommendation of the president of an association.