I was asked to explain my reference to an interview, which I have tried to do.

I asked my hon. friend to state what statement or attitude or policy of the government it was which had been alluded to by the Japanese minister, as the one to which the hon. member took exception. As I gather from what my hon. friend has read, it was the attitude taken by myself as leader of the government with respect to the Sino-Japanese war. I have taken a certain attitude in this house on the responsible discussion of foreign relations which would include the Sino-Japanese conflict, and I have not known any hon. member of the house to take exception to it, and I think possibly the Japanese minister in the circumstances was quite justified in saying that an attitude to which no exception had been taken in this house, an attitude expressed by the Prime Minister of the country, was one he was right in seeking to follow.

If I may make just one other reference-

Order. I think the hon. member has stated his point.

I am sure the Prime Minister has not answered this point. The statement to which exception was taken is that we in this country should not discuss affairs that are going on in other nations. That view was expressed in connection with the debate on radio broadcasting.

house had participated, was not in my thoughts, and I do not think it is possible to gather from my remarks that I was in any way referring to anything of that kind.

What I have said in regard to foreign policy is this, that I think it necessary at all times to be guarded in one's utterances. I have said that the government had to take full responsibility for what it said, and at a critical time like this hon. members must expect that the government will be very guarded in its language; also that in discussing the. foreign affairs of other countries I believe that the greatest service that can be rendered to Canada and the other countries themselves would be that we should do nothing in our discussions, whether in this parliament or over the radio, which will cause embarrassment.

apply to a foreign minister?

It should apply to the hon. member for Winnipeg North Centre.

The observations of the Prime Minister (Mr. Mackenzie King) in my judgment necessitate my making at least one statement. I am wholly opposed to any minister of a foreign power coming into this country and stating that that power proposes at an early day to defeat a country which, with this country, is a member of the League of Nations, particularly in view of the fact that a committee of that league has determined that the attack upon that other country was unprovoked and unwarranted. In view of that fact I desire to make it quite clear to the Prime Minister that I do not share his views. I think any statement made by the representative of a foreign power which, unprovoked and without warrant, attacks a friendly power, a member of the League of Nations, in view of its adherence to the Kellogg-Briand pact and the declaration made at Washington, is one with which I cannot associate myself and to which I must immediately say I am opposed.

May I say to my right hon. friend that the statement I was replying to was the one that had reference to my statement of policy in this house.

Yes, that was the question.

As a matter of

privilege, my objection was to the minister from Japan endorsing publicly a certain statement of the Prime Minister an ex parte

statement-well it does not make any difference what kind of statement. The point is that I am not discussing the Prime Minister's statement; I am discussing the statement of the minister from Japan publicly endorsing one particular Canadian policy.

INQUIRY AS TO PROBABLE DATE OF PRESENTATION OF REPORT 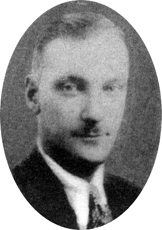 Could the Minister of Justice (Mr. Lapointe) indicate to us when we may expect him to table the report of the penitentiaries commission?

I think it may be possible

to lay the report on the table this week, or the beginning of next week. It is a voluminous document, and the work of printing and translating it has taken some time.