I have the honour to present the report of the joint librarians of parliament.

I table herewith copies of the following documents:

2. Payments agreement between Canada and Germany, signed at Ottawa, October 22, 1936.

3. Exchange of notes dated October 22, 1936, concerning the application as from November 15, 1936, of the provisions of the provisional trade agreement between Canada and Germany relating to the customs treatment of goods.

4. An exchange of notes with a representative of the German government, dated October 22, 1936, concerning the intention of the government of Canada to invite parliament to pass legislation necessary to give the governor in council authority to fix the rate of exchange for any currency in computing the value for duty of goods imported into

Canada from any place or country the currency of which is appreciated in terms of the Canadian dollar.

Are these documents printed?

Hon. W. D. EULER (Minister of Trade and Commerce) moved for leave to introduce Bill No. 89. respecting a certain provisional trade agreement between Canada and Germany. Motion agreed to and bill read the first time.

Hon. W. D. EULER (Minister of Trade and Commerce) moved for leave to introduce Bill No. 86, respecting a certain trade agreement between Canada and Uruguay. Motion agreed to and bill read the first time.

Mr. T. L. CHURCH (Broadview) moved for leave to introduce Bill No. 87, to amend the Judges Act (privy council appeals). He said: This bill adds a clause to the Judges Act. The judges appointed under this act are federal judicial officers and are bound by the provisions of the act. The bill provides that all such judges, whether appointed or to be appointed, shall in their decisions be bound by the decisions of the judicial committee of the privy council, or if a matter before them does not go that far, by the court of final adjudication. It is based on the principle that under our constitution, by British law the courts are subservient to the legislature, and that parliament makes the law and judges interpret it. The bill provides that this is to be the law for Canada, notwithstanding any law, custom, usage or doctrine of law to the contrary. Motion agreed to and bill read the first time.

PROVISION TO CONSOLIDATE STORES DEPOTS AND TO SIMPLIFY PURCHASING

Hon. C. D. HOWE (Minister of Transport) moved for leave to introduce Bill No. 88, respecting Department of Transport stores. He said: Mr. Speaker, the purpose of this bill is to provide the Department of Transport with facilities for the consolidation of stores and stores depots and a simplified stores and purchasing control similar in effect to the facilities provided for the king's printer under section 3S of the Public Printing and Stationery Act as amended by chapter 5, statutes of 1928. At the present time the Department of Transport have some sixty stores depots in Canada, of which as many as three are in the same city. In a single stores depot it is necessary to keep as many as three or four separate stocks. The net result is that, with purchases of some three million dollars per annum, our stores to-day have an inventory of a million and a half dollars, which of course is far in excess of the proper amount. The passage of this bill will simplify the bookkeeping, considerably reduce the staff required to attend to these stores, and make for a much more efficient management. Motion agreed to and bill read the first time. QUESTIONS (Questions answered orally are indicated by an asterisk.) 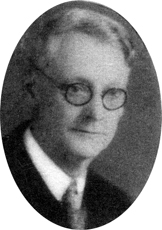 1. Has the Canadian Broadcasting Corporation been requested by the mayor of the city of Edmonton to investigate alleged broadcast of misleading or false election returns, over radio station CJCA on the night of the last Edmonton civic election?

2. If so, has the investigation been made?

3. What are the findings?

4. If the investigation has not been made, why not?

The following information has been supplied by the Canadian Broadcasting Corporation:

1. Request forwarded to the Canadian Broadcasting Corporation by the office of the Minister of Transport.

TARIFF RULINGS UNDER &quot;NOT MADE IN CANADA&quot; PROVISION

1. Since January 1, 1930, how many applications for tariff rulings have been made under the " Not made in Canada " rule by the Aluminium Company of Canada, year by year?

2. Since January 1, 1930, have any payments in the nature of rebate been made to the Aluminium Company of Canada? If so, what were the dates, amounts, and reasons for same?

3. Since January 1, 1930, how many applications for tariff rulings have been made under the "Not made in Canada" rule by the Page-Hersey Company, year by year?

4. Since January 1, 1930, have any payments in the nature of rebate been made to the Page-Hersey Company? If so, what were the dates, amounts, and reasons for same?

Topic:   TARIFF RULINGS UNDER &quot;NOT MADE IN CANADA&quot; PROVISION
Permalink