1. Did the Honourable J. G. Gardiner and the Honourable T. A. Crerar promise an added two million dollars to Saskatchewan, as reported in the Globe and Mail of February 26?

2. If so, will this amount be paid before receiving the report of the proposed royal commission to investigate taxation and provincial finance?

3. Will provision be made for these increases during the present session?

4. Will similar treatment be given Ontario? 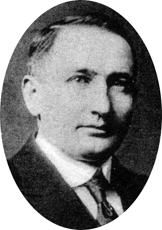 1. In what year was the post office site at Boissevain, Manitoba, purchased?

2. What was the purchase price?

3. Were the buildings on the same rented, and, if so, what was the total amount of rent received?

4. When were the buildings sold?

5. What price was received for same?

7. What was the total cost of same?

8. What was the estimated cost by the department?

9. What tenders were received, and what were their respective amounts?

10. To whom was the contract awarded, and for what amount?

11. Who was appointed clerk of works?

12. How much did he receive for same?

13. Who supplied the hardware?

3. 4 and 5. Yes. Total amount of rental received $254.00. Building was condemned by the town authorities as unsafe and in 1920 was sold by public advertisement for $1 and removed by the purchaser. In 1928 the site was rented at $60 per annum to Fred Brook for the purpose of erecting thereon a temporary building which was removed by lessee when required for government purposes. Total amount of rental received for site $345.

2. What is the quota to each of these countries?

2. The trade agreement between Canada and the United States effective January 1, 1936, contains the following reductions in duty on

Cattle weighing 700 lbs. or more each and

not specially provided for

Cows weighing 700 lbs. or more each and imported specially for dairy purposes..

No quota, has been established for import

States in excess of the quantities specified, when imported from any source:

Reduced from 21 cents per lb.

Reduced from 3 cents per lb.

Reduced from 3 cents per lb.

of Canadian cattle into the United Kingdom.

EXPORTS OF HOGS AND HOG PRODUCTS

1. Exports of live hogs to United States and United Kingdom in the fiscal year ended March 31, 1936, were as follows:-

1. How many tenders were received for the erection of a public building at Kelowna, British Columbia?

2. What were the names and addresses of those who tendered, and the amounts of their tenders ?

3. Were any tenders received after the date set for opening the tenders? If so, what were the names and addresses, and the amounts?