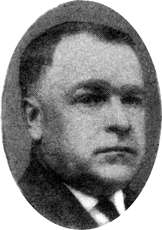 1. How many commissions appointed by the present government are there in Canada at the present time?

2. What different matters are they inquiring into?

3. What has been the cost of each to date?

4. What have the legal fees of each commission amounted to up to the present time?

This question is similar to question number 15, in the name of the hon. member for Broadview (Mr. Churoh), which was allowed to stand to-day as an order for return. I ask that this one also be allowed to stand, both questions to be answered together.

For a copy of the report of the investigation relating to the dismissal of Etienne Levesque, postmaster at Mont Joli, Rimoueki county. 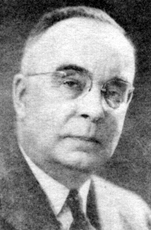 For a copy of all regulations, resolutions, orders in council, passed by the government since September 1, 1936 to date, relative to wharfage dues, and all charges in connection with wharves or properties belonging to the national ports, or to any other port or wharf owned, administered or controlled by the government or the national harbours board. 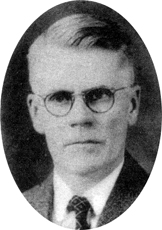 For a return showing:

1. The complete list of European war pensions paid to government employees in Ottawa, with class rating.

2. In what department employed, and at what salary or wage.

3. The complete list of army officers holding permanent appointments, with their officia. title, who are receiving European war pensions.

4. What salary, separate from pensions, is paid to each.

I submit that it would be almost impossible to comply with an order such as this. I have before me an extract from page 590 of Hansard of February 15, 1934, dealing with a question almost identically the same which had been asked by the hon. member for Drummond-Arthabaska (Mr. Girouard). In 1933 a return had been brought down by the then Secretary of State (Mr. Cahan), and when the question was repeated in 1934 the hon. gentleman said:

Mr. Cahan: A year ago the hon. member made a similar inquiry and an order for return was made. It has been impossible

Mr. Bennett: Including those in foreign

Mr. Cahan: -to ascertain whether that

person is one of those 99,000 or 100,000 persons whose names are mentioned in the sixteen portfolios I produced. It is impossible to answer the question now, and the departments report that it is impossible to prepare an answer in less than ten or twelve months or perhaps more. Therefore I ask the hon. gentleman if he would drop that question under the circumstances.

In view of the fact that an attempt has been made already to secure similar information which it was found impossible to obtain at the end of one year, I suggest that the hon. member drop his request for this order.

I desire to point out that the return showing the names of all persons in this country receiving pensions was filed after much consideration. I think the original motion was made by Mr. Lucas.

No, by Mr. Garland of Bow River.

I thought it was Mr. Lucas. In answering the question it was necessary to table sixteen portfolios. The suggestion was made at that time that any hon. member who had any particular name in mind could refer to the return in order to obtain the information he desired. It was only after much consideration and grave doubt that this return of the names of all those receiving pensions in Canada was filed.

The present government will decide for itself.

For a return showing:

1. What amounts, if any, were paid as reparations to Canada by Germany under annex I to section 1 of part VIII of the treaty of Versailles: (a) to civilians; (b) to civilian corporations; (c) to Armenians; (d) to ex-prisoners of war.

2. If the fund has been depleted.

3. What balances remain to be allotted.

4. Under what status the fund is presently held.