What the Prime Minister has said just confirms what I said before.

I suppose it is within the knowledge of Lon. members that after the empire marketing board ceased to function, a conference was held at London of representatives of the United Kingdom and the various dominions and colonies, and it was arranged that instead of Great Britain paying the entire, sum payments should be made by all dominions and by Great Britain. Great Britain made the largest unit payment, Canada the next, then Australia, then South Africa, then New Zealand, and finally one unit was paid by Newfoundland. That committee looks after our imperial shipping interests in' connection with insurance matters for instance in Hudson bay and matters of that sort as well as the other items that are mentioned in the appropriation.

First of all there was a political union among the different parts of the empire and then it 'became economic. While in London some years ago the Prime Minister said that it was not so much an economic empire that we had, but we had to look for spiritual values and wider hopes- It was not a material thing. This item proves that our union with the British empire rests on an economic basis. When the Prime Minister speaks about spiritual values and wider hopes, this is for the future, but for the present we must rest upon economic matters. This

vote shows that he was quite wrong when he was speaking only about spiritual values and wider hopes. We have enough of these hopes for the future. We must look to the present.

Item agreed to. Expenses in connection with the negotiation of treaties, $9,000.

This has to do with treaties. Some years ago the Minister of Finance said they had appointed Mr. Breadner to a privileged position because he was an expert in drafting treaties. When he had that job he did not draft a treaty. Now he is out, and we have treaties with different countries. May I ask the Prime Minister who is drafting treaties now that the expert Mr. Breadner is out of his job and on superannuation?

The government is getting along with the aid of such assistance as it has in the various departments. .

Is it out of this appropriation that expenses are being met in connection with negotiations with the United States for a trade agreement?

There are no expenses in particular at the moment. The gathering of material and matters of that sort have been done by the permanent staff. When they have to leave Ottawa their living and travelling expenses are paid largely out of this vote. Last year this vote was not wholly expended, and I apprehend it will not be this year.

that. I have it here. Sir, we have been told that the Ottawa agreements were a success. How is it the Prime Minister spoke on different lines at Bristol when he unveiled a monument to Lord Durham? He is here listening to me. What did he say? He asked for anonymous postcards, asked the people to send anonymous postcards lodging their complaints with him in regard to the business of Canada. Canada, the weekly published in London, mentioned the fact that he was the first Prime Minister who ever asked for anonymous postcards complaining about his own country. In England no one complains about Canada, but they complain about the way Canada is governed under his leadership. Is it not most ridiculous to think that the leader of the government of this country published an advertisement in the London papers asking the English people to send him anonymous postcards telling him their grievances about Canada? This, sir, is most absurd, it is inconceivable, but it was published in that paper. Was the right hon. gentleman sick at that time? I presume he was because a man of sane mind would never have done it.

I must ask the hon.

member to withdraw that.

It is not an assertion, sir, it is a presumption. If it is against the rules of the house I withdraw it. But I find it absolutely absurd. This is a vote with regard to treaties; let us go further with it. What happened with regard to our trade with

the United Kingdom? How much was lost each year since this government came into power compared with the last twelve months that the Mackenzie King government was in power? These figures come from officialrecords and no one on the other side from the Prime Minister down can contradict them. The first year he was in power our trade with the United Kingdom was 8155,143,483 less. The second year it was$247,341,815 less. The third year it was$226,594,446 less. The fourth year it was

Sir, it is very difficult to draft a treaty. It takes experts. You remember that when President Wilson went to Versailles to attend on the drafting of that famous treaty, some provisions of which have been before us in this house this year, he was surrounded by a legion of experts, including the chef of the Waldorf-Astoria. He was surrounded by geographical experts, economic experts and experts in this and that. Who were the experts who accompanied the right hon. gentleman on his numerous trips abroad? They were just freshmen and sophomores without the least bit of experience in regard to the changes that might be made in the drafting of one item in one treaty. Does not the Prime Minister and each of his colleagues realize the importance of the least change in a treaty? Sir, how were the tariff items changed from 1930 to 1933, when for the first time a tariff board was appointed by this government? They were changed at the request of some shortsighted people, the privileged few who were friends of this government and who came here asking for favours. Properly they should have asked for rights, not for favours, because they were asking the Prime Minister and his colleagues to kill the goose that laid the golden egg. During the special session of 1930 the corridors of this house were infested with those birds of prey who made so much money during the war, those well known profiteers who were so close to the government as to be subscribers to Tory party funds. They came here asking for a ransom, and they got it, in the stupid tariff of the special session of 1930. Was that drafted with the care with which a treaty would be drafted? It was not.

During the last campaign we heard a great deal about the treaties with New Zealand and Australia, which were condemned throughout this country. The Prime Minister and his colleagues said everywhere, "We will draft treaties that will fight for you." They drafted policies that fought against the Canadian people. The London conference of 1930, at which all the mistakes could have been mended, was a complete failure because of the attitude of the Prime Minister. It was a fiasco. There the right hon. gentleman met the representatives of the other British dominions, but probably he was not on speaking terms with them. Therefore, there was no agreement with Australia and New Zealand, with whom we had been trading all the time. There was an instance in which the Prime Minister showed that he was not an expert in drafting treaties and coming to agreements with other parts of the British Empire. Afterwards what did we see? We saw the then Minister of Trade and Commerce go to Honolulu to meet the representatives from the antipodes, with whom he arrived at agreements after the Prime Minister and his colleagues, in different parts of Canada, and especially in the eastern townships, had condemned the previous government for importing butter from New Zealand1 and Australia.

During the three months preceding the election of 1930, huge quantities of butter were imported into this country. In the records of this house will be found a question by the hon. member for Temiscouata, asking who were those who imported such quantities of butter during that period. The Prime Minister rose in his place and said it was not the policy of the government to divulge that information. Is it not true that this butter was imported mainly with the funds of the Tory party in order to lower the price of butter as propaganda against the Liberal party? It was most absurd to import butter at that time, July, June and May, because those are the months during which the production of butter in the antipodes is the smallest. That shows clearly that this butter was imported only for political purposes, and probably that is why the government refused to answer that proper question.

What about those treaties, sir? Is it not right to ask the Prime Minister and his colleagues about their treaties with Australia and New Zealand? During the special session of 1930 they raised the tariff, but a year later

they lowered it when the then Minister of Trade and Commerce met the representatives of these countries at Honolulu. 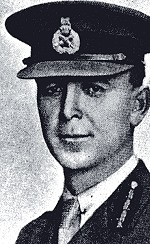 That pursuant to special order of the house made on the 6th instant the following bill be now read a first and second time and referred to the select committee on miscellaneous private bills, namely Bill letter S-2 of the senate,^ intituled an act respecting the Cornwall Bridge Company.

Mr. Speaker, I had expected that this bill would come up in the house, and it is my desire to oppose it on second reading. Therefore I move the adjournment of the debate.

Motion agreed1 to and debate adjourned.