In particular that passing between the federal Minister of Labour and the minister of northern development in Ontario. I particularly wish to see the correspondence dealing with the trans-Canada highway, and also any correspondence that has passed relating to the amount finally arrived at as to monthly relief to be paid by the dominion to the province of Ontario-that is since the Hepburn government came into office in 1934.

I should like the same in regard to British Columbia.

I shall be glad to bring down the correspondence that passed between this government and all the provinces, so that the committee will be fully seized of what has been done and attempted, and the propositions backward and forward dealing with this most baffling problem. 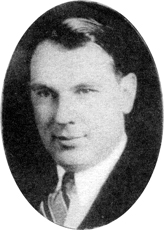 Has the government made any definite decision regarding the

matter discussed about the beginning of December between the Prime Minister, the Minister of Labour and other members of the cabinet, and the Premier of Ontario, regarding the trans-Canada highway? It is a matter of vital importance to us in Ontario, and I feel that a decision should certainly be made soon.

Has the minister in his department a system of .departmental audit of relief expenditures?

Mr. GORDOiN: There is no labour department audit as such. Relief expenditures are checked over with respect to the proposals that have been submitted and accepted. With respect to moneys granted or allowed1 by this government to a province for specific purposes, either under order in council or under the terms of an agreement, audits are made by the auditor general. From time to time situations are disclosed where, mainly through misconstruction of the regulations or misinterpretation of the agreement by the province or municipality, moneys have been misapplied. As those items come to light-some of them through voluntary notification by the provinces, or disclosed by the labour department, or in the reports of the auditor general-the Labour department has experienced little or no difficulty in getting adjustments or refunds made from the various provinces. But a field audit is not made by the Labour department; rather we rely upon the certificate of the provincial auditors as to the correctness of an account and the proper allocation of sums towards which we have contributed. As I say, when such misinterpretations have come to light, we have had) little difficulty in arranging refunds, and very large refunds have been made by the provinces to the dominion. Particulars of them I have not 'before me at the moment.

Have any of these disclosures mentioned by the minister, where payments have been improperly made owing to misconstruction of the statute or misinterpretation, come to light owing to the activities of the Labour department or the unemployment branch, or have they all come to light through the audits of the auditor general?

I think I am correct in stating that the major portion of the refunds received have been as a result of checking in the Labour department. I regret that, not having anticipated this discussion on an item such as that now before the committee, I

cannot give the figures, but I shall be glad to give them later. However a considerable sum has also been refunded by the provinces by reason of audits made by the auditor general.

I have heard complaints that as the audits of the auditor general come in many cases months after the money has been expended, by the time a request for rebate comes nearly all trace of the particular expenditure has disappeared. It has been stated to me that the Department of Labour has a system of audit but that it is not made known to the other party to the agreement, such as the municipality or the province, until such time as the auditor general happens to strike a particular abuse or error or misconception. That causes a great deal of inconvenience, whereas if the department had been more on the job, so to speak, and had followed the work more closely it could have pointed out to the other parties concerned just where the error lay, which would have avoided a great deal of trouble and delay. That is why I ask the minister just to what extent and how closely the accounts are audited by his own department rather than by the auditor general.

I do not know that at the moment I can add much to what I have said already with respect to the checking and auditing of accounts. The procedure followed since 1930 follows the procedure that was adopted in 1922 when the dominion government made similar but very much smaller contributions to the provinces, which in turn disbursed the money to the municipalities, with the exception that the certificates required are very much more in detail. I am not offering this observation as a criticism of what happened in 1922; I am merely saying that, in view of the more serious situation with which the federal government has been confronted, it was thought advisable that we should be perhaps a little stricter than they were in those days. We relied largely upon the certificates of the provincial auditors for the correctness of the expenditures and the disposition of the moneys that we supplied the provinces. I do not know what other system could have been followed. I assume that the provinces in turn largely relied upon the auditors of the various municipalities. It may be said that this was not the proper way to audit accounts of this kind, but what other method could be employed when relief was being granted

throughout Canada, trickling right back into the smallest settlements? Could any other machinery be set up and be justified with respect to the expense that would be entailed, other than the machinery already in existence, which consisted of first the municipal officers and second the provinces, who had contact with the municipalities and who would be in a better position than anyone else to place the necessary restraint and check upon the expenditures? I frankly confess that I do not know how it could have been done otherwise, how any machinery could have been set up that would not result in a huge administrative expense that would be entirely unjustifiable. It is true that, as the hon. member for Quebec South has intimated, there has been carelessness or perhaps lack of business ability shown here and there; no doubt there was also cupidity or some other human weakness which would make people forget that their fellow taxpayers were carrying a heavy burden; but in the main I believe I am stating the fact when I say there has been very little money lost through unwholesome activities such as I have mentioned. I believe in many instances the provinces have brought to light cases where the municipalities have not spent the money according to regulation, and rebates have been made. That is going on constantly. I would not say for a moment that there have not been losses in the last four years; of course there have been. It could not be otherwise.

May I ask if an audit will

be necessary in future with the new system of lump sum payments? Will the federal government still insist on an audit being made?

to be a grant in aid for relief purposes, and it is left within the discretion of each province to use the money where it is most needed. At the moment I am not prepared to say that there has been an instance that has come within the notice of the department where any of the money we have granted has been misapplied by any province. I do not think there will be such an instance.

In this case this is a lump sum payment, a grant in aid?

As I understand it that is

the system under which we are now proceeding. Will the federal government or the Department of Labour follow up these grants

and see how and where the money voted by the federal parliament is being expended, or will it not?

Undoubtedly the auditor will ask and receive from each province a report as to how and where the money has been distributed.

Will those reports be made available to parliament?

Quite. I suggest that this item stand, and perhaps at a later day I can furnish in greater detail the information that has been requested.

This is merely the revolving item for stationery. I do not ask that the item go through; I merely wish to get my department in, and if the committee is satisfied I will move that the item stand.